A West Hollywood law requiring all single-stall restrooms in businesses and public places to be gender-neutral will go into effect this week. The law, which will have no impact on multiple-stall restrooms, mandates that any facility designed for use by no more than one person not be restricted to a specific sex or gender identity by signage, design or installation of fixtures. It’s about time we had some progressive change in effect: 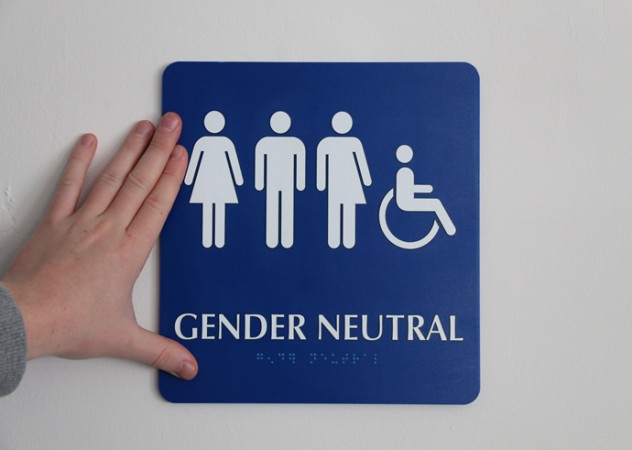 Businesses and public facilities will have 60 days to comply by replacing existing signs on the exterior of single-stall restrooms to indicate that they are gender neutral and make any needed changes to make them accessible to all people.

The law, which takes effect Thursday, is intended to make public restrooms more welcoming and safer for transgender and gender non-conforming people, people with disabilities or with personal attendants and for people with children of a different gender, according to city officials.

West Hollywood Transgender Advisory Board member Drian Juarez mentioned the attack during the June meeting in which the City Council passed the gender-neutral restroom ordinance.

Councilwoman Abbe Land, who initiated the ordinance, said at a council meeting last month that the law will “provide a safe and accessible environment for all people.”

“I hope that we can encourage other cities to adopt this,” she said. “It’s really so easy when you think about it, and I’m glad that we’re one of the cities that is moving forward on that.”

The law, officials said, also will benefit “the many people who have waited in line for a gender-specific restroom when a restroom for a gender for which they don’t identify remained empty,” according to a city statement.

In 2013, the Philadelphia City Council passed a law requiring new or renovated city-owned buildings to include gender-neutral restrooms. Washington recently began threatening fines for businesses and other entities that do not comply with a 2006 law that prohibits single-occupancy public restrooms from being labeled as gender-specific.

No one should be afraid to use a restroom or be labeled “IT”. No one should be worried about what they are wearing if they are gender questioning or if they are a female anatomically and dress like man, getting hurt or beat up in a restroom. West Hollywood is making progressive steps for inclusion for all. Not every person will fit into a cookie cutter mold. I figure if my boys and girls can use the loo at home without any major changes, it should be pretty easy to accomplish out there in the business world.