BEST episode in years! “Saturday Night Live” kicked off this weekend’s Jim Carrey-hosted episode with some not-so-subtle ridicule of President Obama and his Ebola Czar Ron Klain.[1] They called out Obama on many of his sins and it’s DELIGHTFUL to watch! 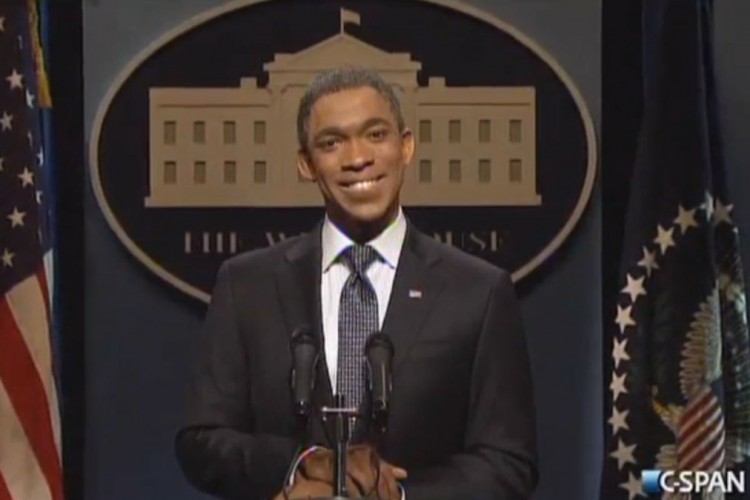 Calling his handling of the Ebola crisis, “Probably one of my greatest accomplishments,” when compared to his ISIS strategy and other aspects of his second term, Obama (Jay Pharoah) introduced Klain (Taran Killam) to take some heat from the White House press corps.

Watch the cold open above to hear Klain field questions about his qualifications, lack of hard medical knowledge, and whether or not his new role is just a political move ahead of the midterm elections. Luckily, Al Sharpton (Kenan Thompson) is here to set New Yorkers’ minds at ease… Sort of.

Even the typically liberal themed SNL seems to unabashedly destroy Obama from his failed healthcare site to the NSA and IRS cover-ups. It’s clear that being disappointed by our second term President is not only being experienced by Americans on the right anymore and Liberals on Twitter and Prime-Time TV are not shy to express their opinion anymore.