I don’t know when Snoop Dogg became some sort of beacon of common sense, but I like it! It’s also a little frightening, because it really drives home how far we’ve fallen as a nation when a pot-head rapper has to set people straight.

Either way, you’re going to enjoy this video as much as I did! 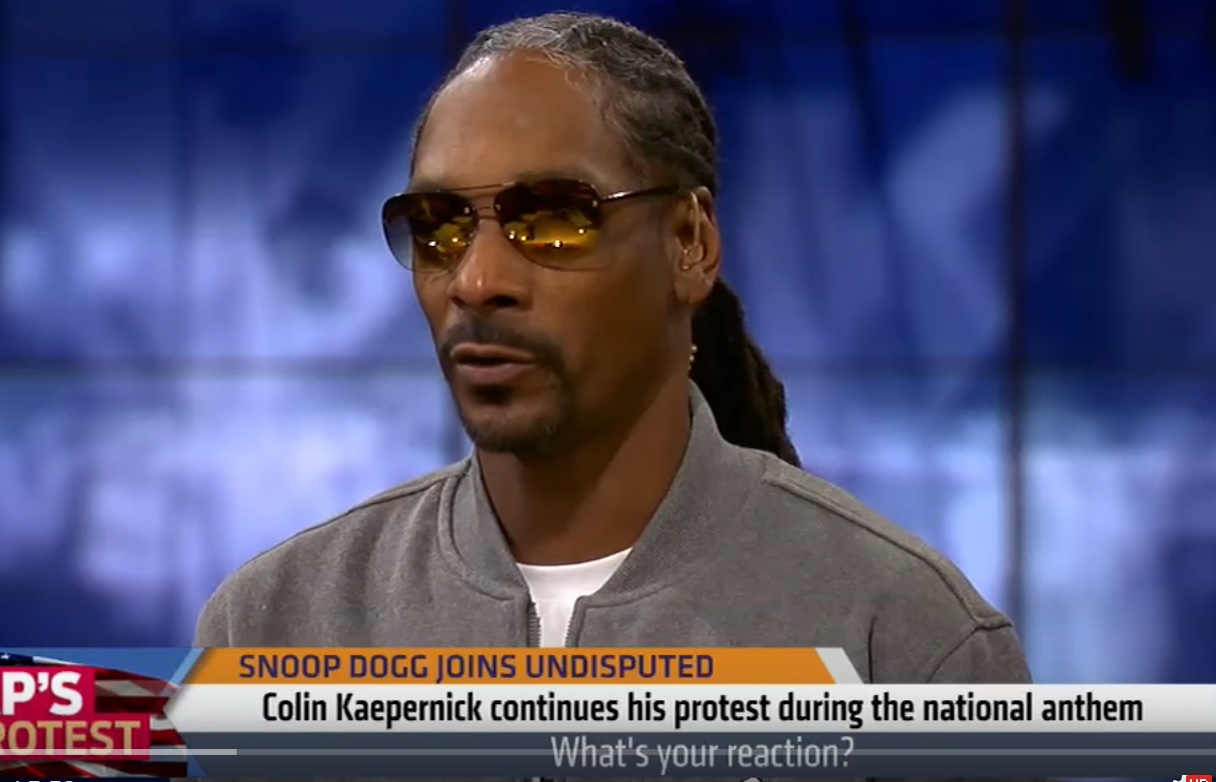 Snoop Dogg made it clear the 49ers Quarterback and controversial figure Colin Kaepernick needs to choose between the life of an athlete and the life of a revolutionary.

He started by saying that he understood the protest initially, but as his social justice warrior persona begins to become more important than his athletic persona, he became increasingly irritated.

At about 2:45 in the video below, Snoop is asked to address the “blowback” that Kaepernick got for praising Fidel Castro, and what he said gained my respect.

The fact that we have to refer to rappers to get a down-to-earth, common sense view on matters like this is just sad, but it’s not surprising. In a time where absurdity is the mainstream, the most bizarre sources are going to be the most revered.