America was built on a continual pursuit of the promise of an equality of opportunity- not an equality of outcome. However, according to a recent New York Post[1] article, that is not enough for the bureaucrats in the FDNY as they have gifted a coveted firefighter position to a young lady who did not meet the requirements- endangering the lives of all those around her. 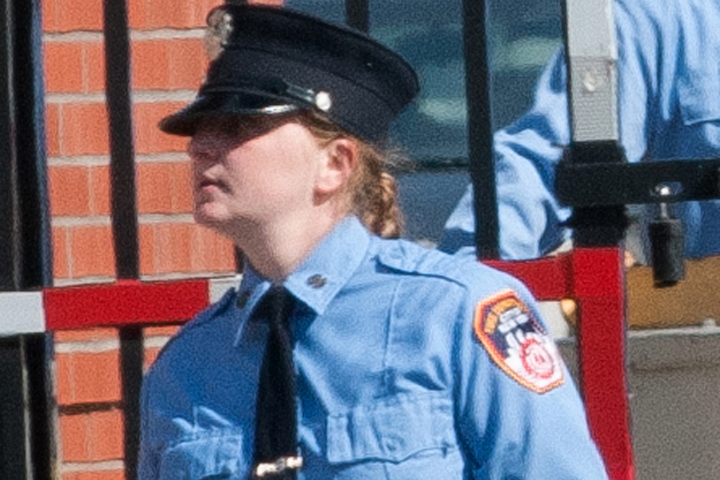 The FDNY for the first time in its history will allow someone who failed its crucial physical fitness test to join the Bravest, The Post has learned.

Rebecca Wax, 33, is set to graduate Tuesday from the Fire Academy without passing the Functional Skills Training test, a grueling obstacle course of job-related tasks performed in full gear with a limited air supply, an insider has revealed.

“They’re going to allow the first person to graduate without passing because this administration has lowered the standard,” said the insider, who is familiar with the training.

Upon graduation, Wax would be assigned to a firehouse and tasked with the full duties of a firefighter.

Some FDNY members are angry.

“We’re being asked to go into a fire with someone who isn’t 100 percent qualified,” the source said. “Our job is a team effort. If there’s a weak link in the chain, either civilians or our members can die.”

Wax’s graduation comes as the city celebrates the FDNY’s 150th anniversary and as the department is under pressure by the de Blasio administration to hire more women.

While Wax fell short, two other female probies in the graduating class passed the FST with flying colors.

“They’re kicking butt. They’re doing better than 50 percent of the class,” the insider said. “When they get assigned to a firehouse, they’ll be welcomed with open arms because they’ve done what everyone else has gone through.”

Other female firefighters aren’t pleased about Wax’s treatment, either.

“A lot of the girls in the field are pissed because they feel like they’re getting lumped into the same category of a female getting special treatment and not meeting the same standards as the males,” the insider added. “It devalues what the women in the field have accomplished.”

In the FST exam, probies must breathe through a mask attached to an air tank while carrying up to 50 pounds of gear.

They must climb six flights of stairs, stretch hose lines, raise ladders, perform tasks that simulate breaking doors and pulling down ceilings, and drag dummies through tunnels with no visibility.

They must complete the course in 17 minutes, 50 seconds or less.

Despite many attempts over the Fire Academy’s 18-week training course, Wax completed the test just once — but it took her more than 22 minutes, the source said.

In numerous tries, Wax struggled and was too slow. While fit probies finish with air left in their tanks, she had to stop when hers ran out, the source added.

“She’s in the best shape of her life, and it’s still not good enough,” he said.

Under the FDNY’s new hiring policy, probies must earn at least 75 percent on the combined requirements of academics, hands-on skills and physical fitness.

Wax had a high grade-point average on her academics, which officials determined offset her FST deficiency, the insider said.

“We still grade the people. You can still fail it if you go beyond the time, but you’re not automatically failed from the program,” he said.

He also indicated he wanted to act before a possible sex discrimination lawsuit after the city paid $98 million to settle a lawsuit that accused the FDNY of discriminating against minorities.

“We must no longer wait for a judge’s ruling to tell us what fairness means,” Nigro said.

The FST requires a much higher level of fitness than the Candidate Physical Ability Test, which applicants must pass to enter the academy.

Experts say the FST mirrors the demands of the job, training would-be firefighters to work in stressful environments while conserving their air supply.

Wax had previously received another break to join the FDNY after pleading in June 2011 for a City Council bill that raised the age limit from 29 to 35 for applicants like her who first took the entrance exam in 2007. A hiring freeze imposed by federal Judge Nicholas Garaufis in the discrimination suit put them in limbo.

“I want nothing more than to be a New York City firefighter,” Wax, then 29, had testified at a hearing.

I don’t care who pulls me out of a fire- man, woman, cyborg- so long as they actually can pull me out of a fire and have demonstrated as such by passing the required physical tests.

What collectivist ideologies like those found in the former Soviet Union misunderstand is that there are always “haves” and “have-nots.” Some are smart, some are dumb. Some have a great familial support system, some do not. Some are physically strong, some are not. We must all play the hands that we are dealt the best we can and whereas once failure meant trying again or admitting defeat, now, in this “progressive” America, failure means complaining until the standards are lowered…

…Even if that means risking the lives of others around you. For, you see, a perverse sense of social justice is more important to liberals than everything- including your and my lives.