If you haven’t heard, a group of ultra-hipster-socialists at Hampshire College successfully removed the American flag from the campus. That wasn’t the best idea these kids had, as it resulted in roughly 1,000 military veterans gathering in Amherst, MA, on Sunday to school these over privileged crybabies on what a real protest is and they brought plenty of American flags along for the ride. 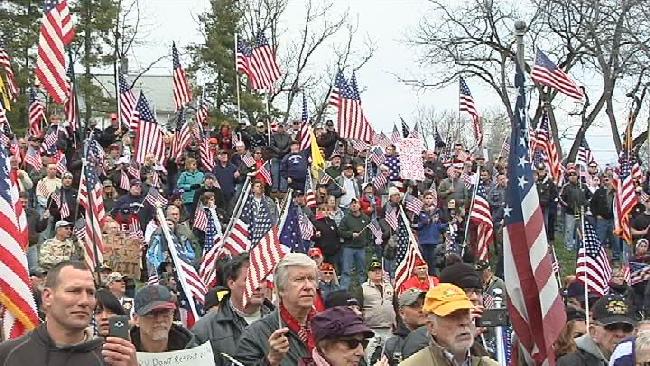 The veterans claimed that they wanted the students to realize the freedom they have to fly the American flag, is the same freedom that grants them the right to disrespect it… An neither of those come free.

Veteran Jerry Maguire explained to the local media[2] that was at the protest:

“They took down my flag, they have a right to that, I’m here to defend their right to do that but I want them to understand how bad that hurts me.”

David Soucy, an Iraq War Veteran who was wounded in battle, shared with the news station: “There’s no way I’ll let anyone take down the flag, no way… It means a lot to me and my brothers.” 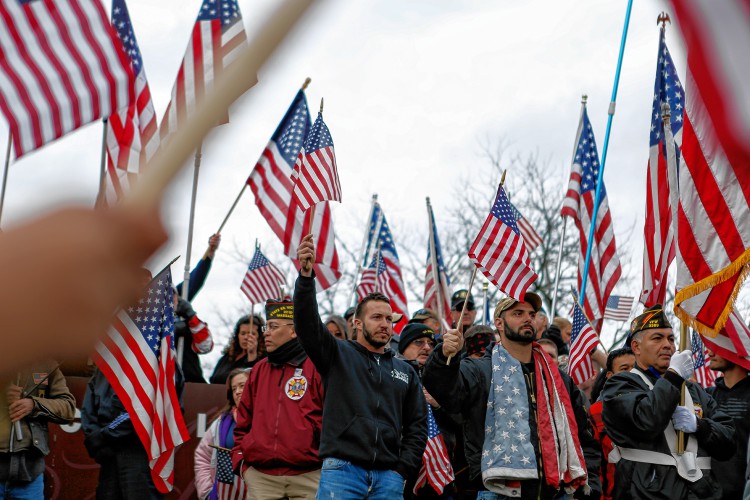 The only apparent sorry excuse for a roadblock these heroes were met with was apparently some sort of ‘man’… And I use that term VERY loosely, sat in the middle of the veteran protesters and made detestable gestures as they tried to capture it on photo. Other than that incident, which I assume is a commie student at this school, the protest went off without any trouble. It was reported that folks from all over New England came out in support of their country’s flag and participated in the event.

Springfield Mayor Domenic Sarno stood in commonality with the veterans at the protest, explaining[4] how he felt about the whole thing:

“For the students here and the President and Board of Trustees have risen from what the veterans sacrificed, this flag [sic] and not to fly the flag on this campus if you were in some other countries around the world it would be handled very, very differently.”