Something Eerie Was Spotted Behind Hillary in Church

Hillary was speaking on her husband’s infidelity (at least it sure seems like it)[1], and relates it to the Prodigal Son story from scripture. Hearing that would be enough to make a story, but what is making the story is what happened during her sermon…wait for it… 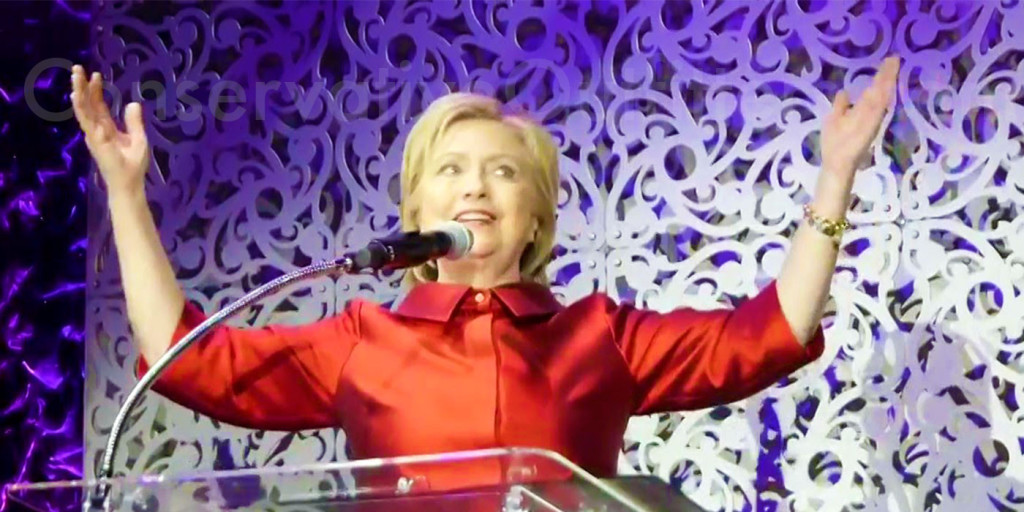 According to the Los Angles Times, this was exactly the case with presidential candidate Hillary Clinton on Sunday. While she continually walked around the pulpit at the Holy Ghost Cathedral in Detroit, she was often in front of a background that gave the impression that she had rather sinister devil horns.

This took place while she was relating her husband’s infidelity to the story of the Prodigal Son — needless to say, it was very interesting.

It seems like the Cathedral must have done that on purpose. How about the uber-eerie lighting as well? Creepy all around.

“What has always guided me and supported me has been my faith, has been my belief in the saving graces, and the salvation that faith brings,” Clinton said said, alluding to her faith as a longtime Methodist. “And in those difficult times in my life, I have often been struck by a particular passage from Scripture.”

She then went on to tell the story of the Prodigal Son, who returned home after disappointing his father, having “been out there having a pretty good time committing every sin that you could list.”

Check out the video: 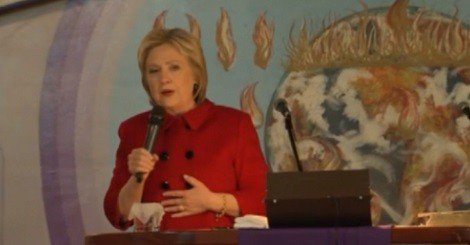 Clinton probably had no trouble saying that because she’s been “having a pretty good time” committing every egregious action against the American people — but don’t get me started.