Special needs student, 14, ‘raped in Alabama school bathroom after teacher told her to act as bait in bid to catch sexual predator’

Encouraging a teenage special needs student to participate in a “sting operation” to act as bait [1]in a bid to catch a school’s sexual predator sounds like a totally valid idea, what could go wrong? 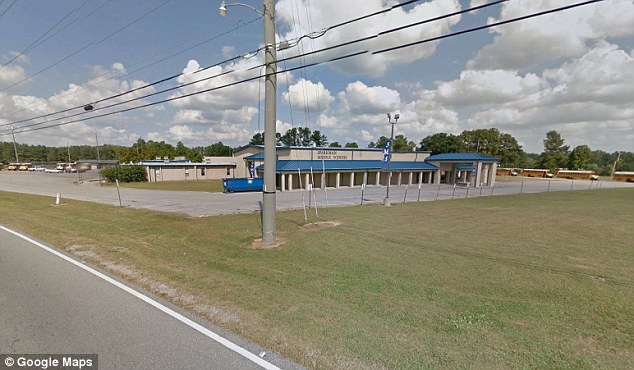 The girl was said to have become involved in the plan after faculty members at Sparkman Middle School in Toney, Alabama, received complaints that a boy had been luring classmates into bathrooms and asking them for sex. Despite the constant allegations of sexual misconduct, he could not be punished because he had not been ‘caught in the act’.

Therefore a teacher asked the young girl to meet him in the bathroom but would rush in before anything could happen, according to court documents. The plan took a horrifying turn when the suspect asked the girl to meet him in a different bathroom – meaning no one came in to save her. The girl had allegedly told the school’s vice principal Jeanne Dunaway of the plan, but according to court documents, she didn’t respond.

About a week before the suspected attack vice principals Dunaway and Teresa Terrell received a complaint that the boy had touched a female student inappropriately and was assigned in-school suspension, according to federal attorneys.

A few days later, June Simpson, a teacher’s aide at the Huntsville-area school, told the principal, Ronnie Blair, that the boy had ‘repeatedly tried to convince girls to have sex with him in the boys’ bathroom on the special needs students’ corridor’.

On January 22, the suspected predator approached the victim and asked her for sex, an offer which she had repeatedly refused. When the girl told Simpson, she encouraged the girl to ‘meet (the boy) in the bathroom where teachers could be positioned to ‘catch him in the act’ before anything happened,’ according to the brief.

The girl initially refused, but then agreed, according to her attorney Eric Artrip.

The Department of Justice and U.S. Department of Education filed an amicus brief Wednesday supporting her family’s federal lawsuit against the Madison County School Board in Alabama. It states that using a child as ‘rape bait’ clearly violates Title IX’.

The school’s faculty are appealing the state civil suits. One of the vice principals has now been promoted to a principal at a nearby elementary school. The teacher involved in setting up the plan has resigned.

While parents send their children to school with the expectation that teachers will keep their kids safe… irresponsible administrations allow crazy strategies like this that put some children in danger. Shudder.