After seeing screenshots of the woman threatening to spit in the Starbucks cups of anyone who wanted her to write “Trump” on their drinks, it seemed to me to be a little bit weird.

Independent Journal Review had the same feeling and what they discovered about Twitter user Sam Montgomery[1] probably isn’t what you expected. 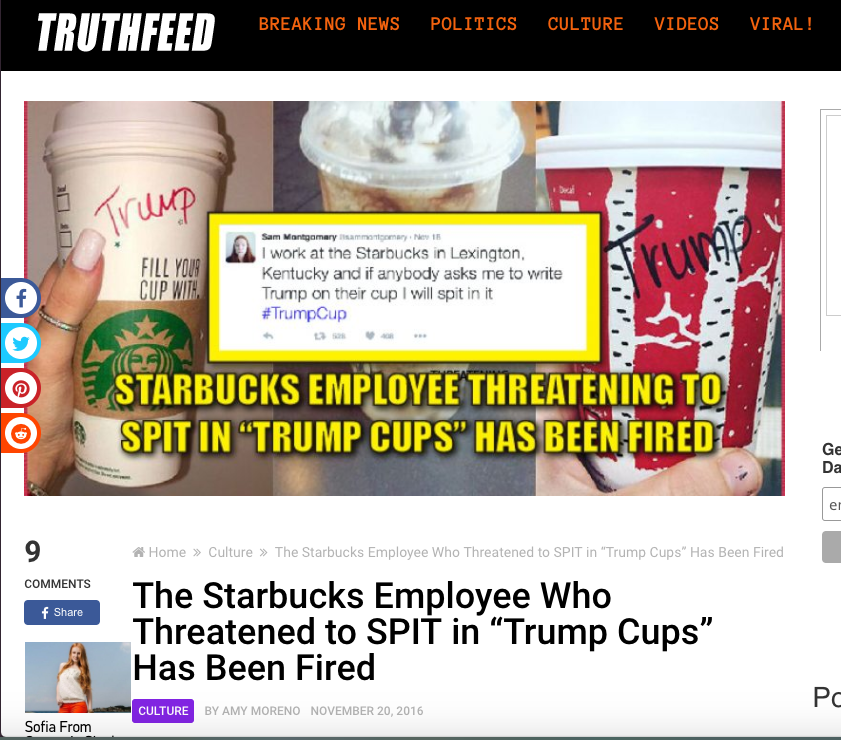 Several news sites, like TruthFeed pictured above and “PRNTLY” pictured below, picked up the story. 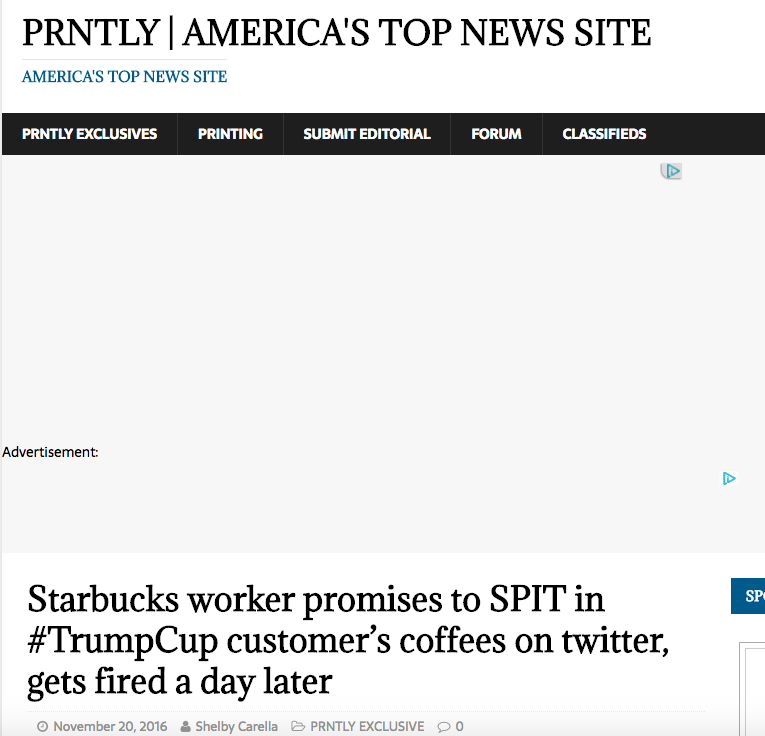 The tweets in question (below) seem oddly descriptive, don’t they? 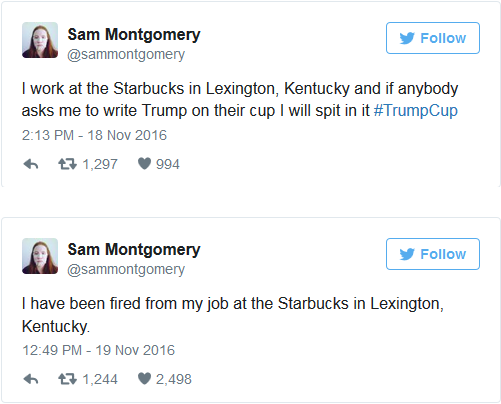 Of course, Twitter reacted to the news of her “firing.”

as well you should be there are consequences for foolish actions what did you think would happen, honestly?

One reporter even requested an interview!

would love to share my story about being persecuted for my beliefs!

All of this looked a little bit strange and one glance at her Twitter bio could tell you why. 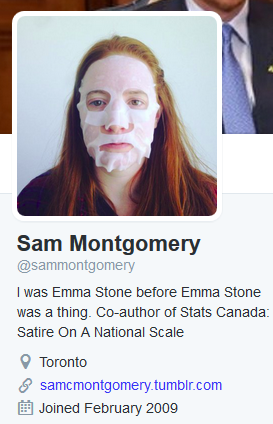 Montgomery lists her place of residence as Toronto and claims she has co-authored a book entitled Stats Canada: Satire On A National Scale.

Independent Journal Review[9] dug even further and confirmed with Starbucks that this woman has never worked at one of their stores or its affiliates such as Barnes & Noble or airport coffee stands.

Went to Starbucks and asked them to put Trump on my cup and they wrote this??? Shame Starbucks! pic.twitter.com/V4x1bB9ctT[10]

While it may have been hard to tell that this was satire initially, I highly recommend not taking too seriously anything from this account.