Stephen A. Smith Boldly Doubles Down: Why It’s Time For Blacks To Break Free From The Dems

Recently, ESPN media personality Stephen A. Smith stirred controversy as he announced that black people should vote Republican and according to this latest report from BizPac Review[1], Smith has doubled-down amidst the controversy: 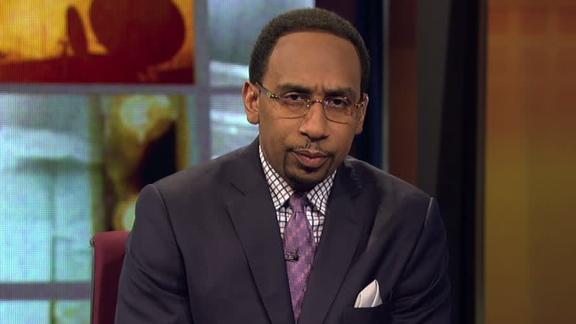 ESPN personality Stephen A Smith made waves last week when he said African-Americans should vote Republican for one election and he has now doubled down on it.

Appearing on CNN;s “Smerconish” Saturday Smith said he wants both parties to “flatter” the black community like they are doing with the Hispanic community on immigration.

“A vast majority of black Americans look at the Republican Party as the enemy. We look at the Democratic Party, even tacitly, as our support base and as a result we are very transparent in our support for them,” he said. “Because of it they have a license to take us for granted.”

The host said he was bothered by how Smith presented his case.

Smith agreed that the country’s issues should trump individual group’s interests but he said regardless of color he expects people to vote in what is in their own best interest.

Smith’s comments may be striking a chord with liberals, because they don’t want to lose the lock they have on the black vote.

The Democrat Party has always been the enemy of the black community. From the days of slavery to today’s party that seeks to promote government dependence, the Democrats have sought to keep black citizens under thumb.