Police in Australia stumbled across a to-do list, written by a stoner, that was just too good not to share with the world. Remember those old commercials that showed a fried egg and said “this is your brain on drugs”? Well… Something tells me the author of this to-do list doesn’t remember that. Heck, he probably doesn’t even remember writing this list[1]. 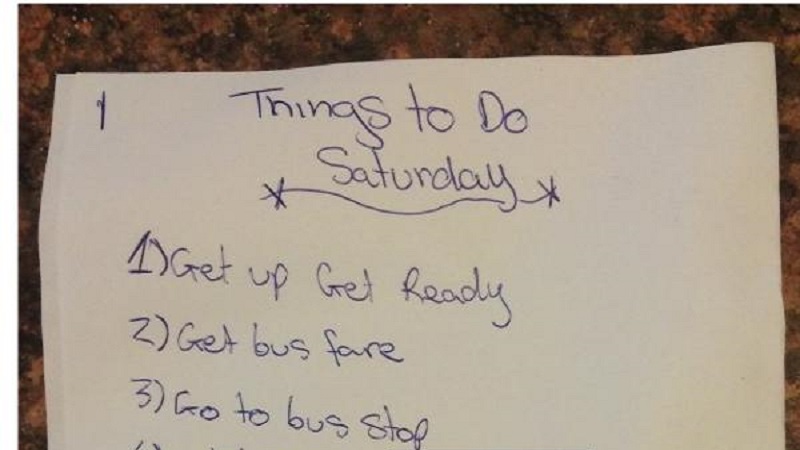 Australian police were searching a home during a burglary investigation, when they happened upon a note written by a stoner that was so ridiculous that they just had to tweet it.

Here is the to-do list, in all of its glory:

Are ur Saturdays hectic like this!!! To do list located at search warrant in Cooby. #MurdochLPT3[3] pic.twitter.com/KdpMbdEYMq[4]

In case that handwriting is hard to read, here’s what it says:

Get up get ready

Go get lunch (chips and gravy)

Go home and get a stick

Chop up and get stoned

Actually, I’m kinda excited to see a stoner motivated enough to organize his day into a ten step plan. This is shockingly detail-oriented for someone who is (obviously) incredibly high. Of course I would like to know if he was able to accomplish all his pre-planned tasks by the time the police got a hold of him. I’d hate to think that they interrupted his carefully crafted Saturday before he had a chance to “Chop up and get stoned”… Again.