Stranger Steals Hearse During a FUNERAL! Guess What the Family of the Deceased Does Next?

There are so many crazy stories in the news these days, but this one REALLY takes the cake. ALL the cake. All the cakes in the history of ever. What the heck was this guy THINKING? [1] 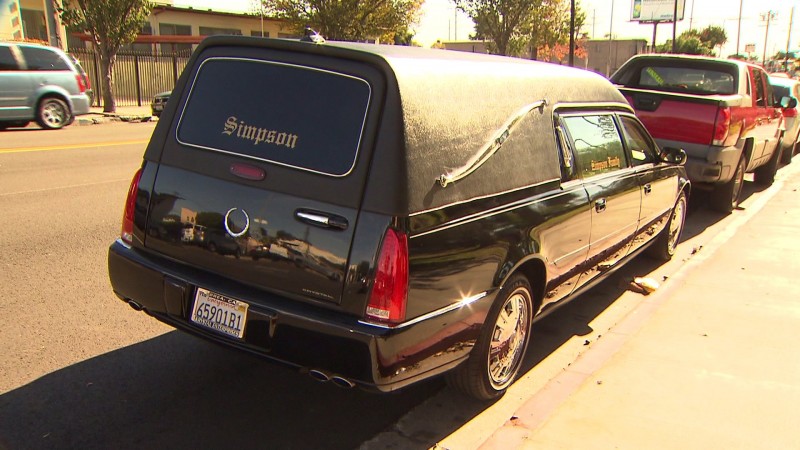 A man who was suspected of being mentally ill allegedly stole a hearse that contained a casket during a funeral in South Park Saturday morning, according to Los Angeles Police Department officials.

Police responded to reports of a hearse being stolen from the Ebenezer Baptist Church, located at 4901 Avalon Blvd. around 11 a.m., according to LAPD Sgt. Fillippo.

Witnesses said an older man climbed into the unoccupied hearse and drove off. The vehicle’s motor was running before he entered it.

Multiple funeral attendees then followed the hearse, managed to get the man to pull over, and a verbal and physical confrontation ensued.

No one was believed to be injured during the incident, Fillippo said.

The man was taken into custody and expected to be charged with auto theft. His mental condition was also being evaluated.

The hearse and coffin were returned to the church and funeral services resumed.

Shirley Little, the wife of the church’s pastor, told the L.A. Times she could not recall a similar incident in Ebenezer Baptist’s 75-year history. “This is truly one for the books,” she said.

Just no words for this kind of crazy. Let’s hope this fellow gets the help he needs for his illness.