Students Overhear Some Alarming Words So They Tell a Teacher. It Couldn’t Have Been a Better Move.

This world is dangerous and, unfortunately, the burden is upon the law-abiding citizens to keep their eyes peeled for signs of danger. Thankfully, when students overheard plans for a school shooting, they took action and likely saved lives.[1] 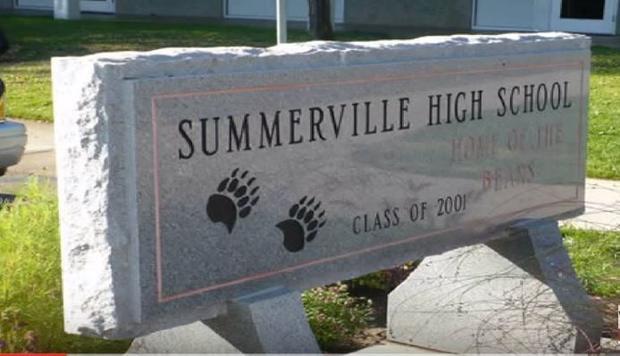 A list of victims was among the evidence seized by police after it was discovered that four California high school students had plans to carry out a mass shooting sometime in the near future.

The students, who attended Summerville High School in Tuolumne, California, were overheard discussing the plan at school last week. NBC reports[3] that other students notified school officials, who then contacted police:

“‘Detectives located evidence verifying a plot to shoot staff and students at Summerville High School,’ [Sheriff James] Mele said. ‘The suspects’ plan was very detailed in nature and included names of would-be victims, locations and the methods in which the plan was to be carried out.’”

Mele added[4] that the unnamed juveniles had yet to acquire any weapons, but “they were going to come on campus and shoot and kill as many people as possible.”

Fox 40[5] spoke to one student who was thankful that tragedy was avoided, but scared nonetheless:

“‘What they said about coming really close to it, that worries me a lot,’ said Sarah Boyer, a Summerville student. ‘That could happen any day. You never know. There’s been so many recent incidents that…it’s just scary.’”

In light of the rising number of mass shootings, Assistant District Attorney Eric Hovatter reminded that awareness is key[6] because “it is clear…children are willing and capable of planning and carrying out acts of violence against fellow students and teachers.”

This is truly horrifying, but thank God these students were able to intercept the plans.