Study: Did you know there REALLY IS such a thing as getting up on the wrong side of the bed?

Do you jump out of bed each day ready to face whatever is to come your way with a spring in your step[1]? Or do you drag yourself out of bed wishing there was more time on the clock to sleep…while your partner has been up for awhile, showered, dressed and ready to seize the day? Well..new research says, it’s not about you being a morning person or not…but rather WHAT side of the bed you sleep on. 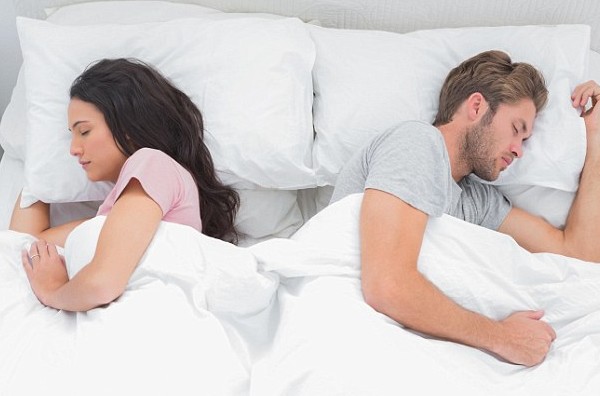 A study by sleep experts at Sealy UK found that those who kip on the right hand side of the mattress are far more pessimistic than those who doze on the left.

They are also more likely to hate work, which adds to a seven per cent rise in grumpiness every morning.

Sleeping on the left hand side of the bed has proven to be ten per cent more likely to give you a positive outlook on life, providing an eight per cent surge in how likely it is going to be that you will love your job.

Neil Robinson, Sealy’s top snooze analyst, said: ‘While the margins are small, the research certainly highlights an interesting trend – could it be possible that the left side of bed is the “right” side?

‘For many co-habiting couples this may prove problematic – with each side of the bed a fiercely guarded territory, changing from right to left may not be that easy.’

In probing the sleeping patterns of 1,000 adults, the research found loners who prefer their own company prefer sleeping on the right while those with a large circle of friends plump for the left.

It also found that some couples never have to cross that bridge – as one in three head to separate beds every night.

Nearly 50 per cent who do tend to usually share a duvet head for the spare room to escape their other half’s snoring and a quarter to get away from their restlessness.

One in ten are pushed out by their child or pet.

This is eerily ….so true for me.