The film “Miracles From Heaven” is based on a true story and the real life subject of the film, Annabel Beam, claims that she visited heaven after an accident in 2011. She was recently interviewed at ‘The Blaze’ and shared some details of her experience…[1] 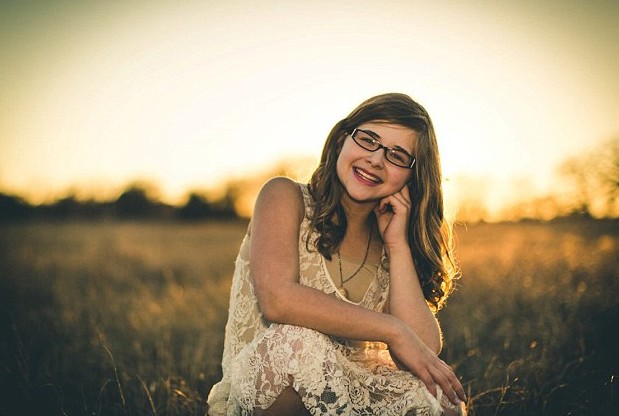 Her mother, Christy Beam, who published a book in 2015 that was also called “Miracles From Heaven,” has widely discussed her family’s claims that Annabel experienced a series of purported miracles, including meeting Jesus during the accident as well as experiencing a dramatic healing from a painful, chronic ailment.

“It was very bright and very peaceful and there was no pain — and that’s why I wanted to stay,” Annabel recently told The Church Boys podcast of her purported heaven experience. “I saw my grandpa’s mom who had died recently.”

Annabel, who was 9 years old at the time of the accident, also described Jesus’ appearance, saying that she spoke with him during the ordeal and instantaneously knew who he was.

“He had brown hair and a beard and he had … a white [robe] like what they would wear a long time ago,” she said. “And then … a purple sach.”

The Beam family’s story has specifically resonated with audiences due to the fact that Annabel once suffered from chronic intestinal pseudo-obstruction — a condition that her family claims was miraculously healed after she was rescued from inside of the tree.

Doctors, who were purportedly left with no other explanation for its disappearance, simply said that the little girl was experiencing a “medically spontaneous remission” after her symptoms disappeared; the Beam family, though, believes that it was all God’s handy work.

Annabel, who was typically in so much pain that she many times couldn’t leave the house, claims that Jesus told her while inside of the tree that she would be unharmed upon her rescue, but that she didn’t quite know what he meant at the time.