A comment[1] was noticed yesterday regarding the bombing in Afghanistan. Someone wrote that if we didn’t inform the public about these attacks, the attackers would stop carrying out their religious duties to “kill the infidels”. So, apparently, it’s our fault these people are being plowed down by trucks and blown to bits. The truth will only set us free and make us more knowledgeable. Can you imagine having no clue that this was happening? What kind of blind ignorance bubble are people surrounding themselves in?! 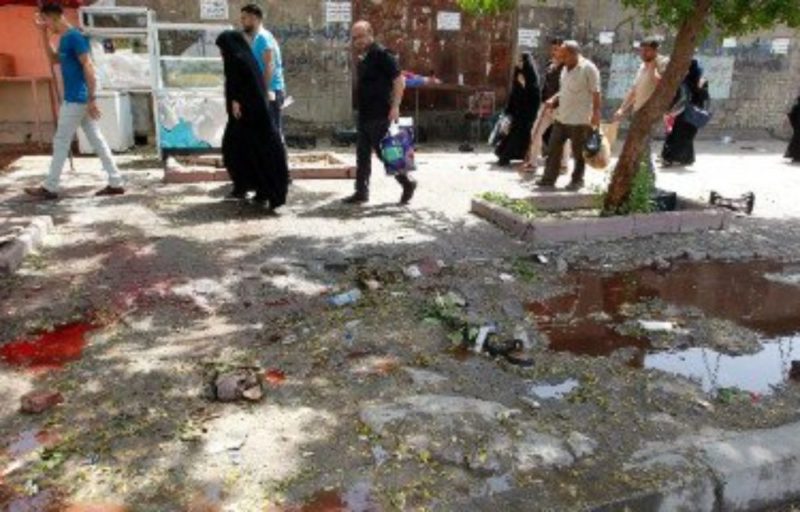 CNN reports, Terror once again struck the streets of Iraq’s capital Sunday, after a suicide bombing killed at least 21 people in a residential neighborhood in northern Baghdad.

ISIS claimed responsibility for the attack on the predominantly Shiite neighborhood of Kadhimiya, which also injured more than 35 others, Iraqi security officials said.

The claim by ISIS was released by the terror group’s media wing Amaq and on pro-ISIS social media accounts circulated by its supporters.
Sunday’s attack came just weeks after the deadliest terror attack in war-weary Baghdad in years, when a suicide truck bomb plowed into a busy shopping district killing almost 300 people.

What’s relevant about this to all of us is that while ISIS loses territory in its “caliphate” in Iraq and Syria, it is still exporting terrorists to Europe, still inspiring others to carry out attacks in its name, and still inspiring other groups (such as the one recently uncovered in Brazil).

Doing “nothing” about the ISIS breeding grounds in the Middle East will effectively allow it to continue to spread to our doors. Until we have leadership in our nation who understands the need to eradicate this scourge, we will continue to report on the mayhem it unleashes, no matter where that may occur.

At one point or another these attacks will end up on our doorsteps and we need to be prepared as best we can. ISIS is not murdering non-Muslim believers because they want publicity. It’s true they want us afraid, but their main motive is to kill EVERYONE who does not believe in their radical religious point of view.