Despicable, disgusting and deplorable. This just in from the left-wing of America : POOR PEOPLE DON”T GET TO PROCREATE. Supreme Court Justice Ruth Bader seems to think her most valuable points of her legacy include killing unborn children. Never mind that there is very low support for this so-called “legacy”- only 41% of Americans consider themselves pro-choice. More here: [1] 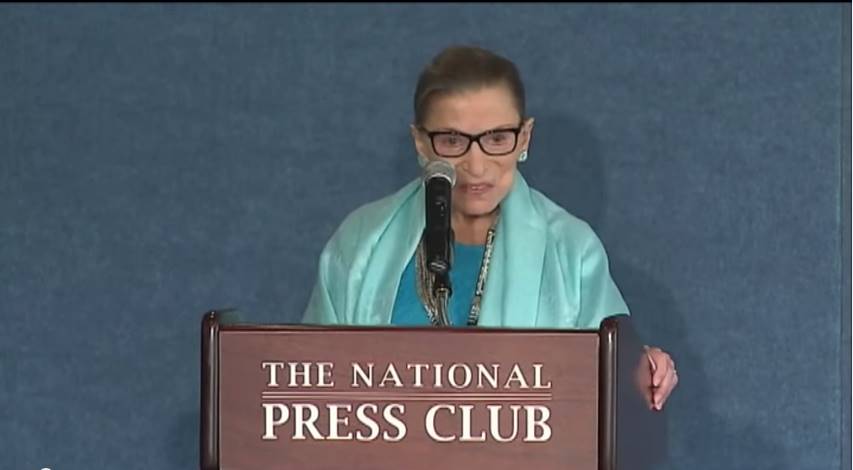 During a recent interview with Elle, Supreme Court Justice Ruth Bader Ginsburg discussed the legacy she hopes to leave behind. Perhaps unsurprisingly, she chose the issue of promoting abortions as the realm in which she has been most influential.

“Well, I think 50 years from now, people will not be able to understand Hobby Lobby,” she said, referring to the recent Supreme Court decision that allowed certain faith-based companies to avoid paying for their employee’s contraceptives and what some consider abortifacient drugs.

Ginsburg went on to celebrate how ubiquitous abortion access has become, noting that “there’s not so much pro-choice activity” among the current generation of women because they “have grown up in a world where they know if they need an abortion, they can get it.”

She did not, however, mention the fact that, despite increasingly liberal abortion laws across much of the U.S.,
polling in recent years has shown that the number of Americans who consider themselves pro-choice has dropped to a record low– 41 percent. Nevertheless, Ginsburg expressed how “comforting” it is to know that her daughter and granddaughter have access to a doctor whose job it is to snuff out life within the womb.

Beyond her enthusiastically pro-abortion stance, the justice’s ideas about which Americans should be aborted struck many as horrifying. The poor, she reasoned, should have more access to abortions because it “makes no sense as a national policy to promote birth only among poor people.”

“Frankly I had thought that at the time Roe was decided, there was concern about population growth,” she said, “and particularly growth in populations that we don’t want to have too many of.”

So basically, let’s thin down the herd of humanity as much as possible. Right. Let’s just see this for what it is, glorified birth control for people with the inability to exercise self control. It’s ending a life for whatever reason you see fit, without a murder charge. Stay classy, Justice Bader.