It wasn’t exactly what beachgoers were expecting to see on Memorial Day weekend in Galveston – but in the wrong hands this huge package[1] could have made a splash on the streets. 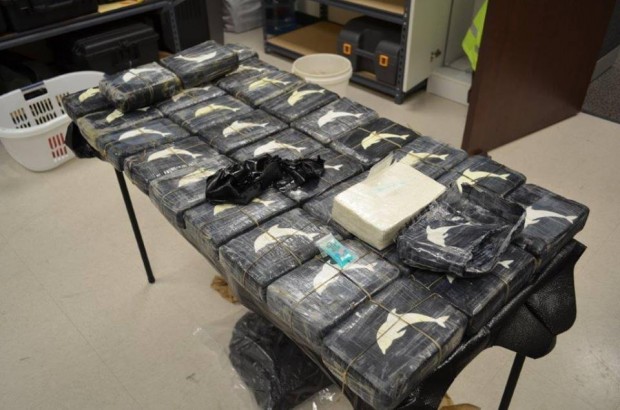 The package, stamped with a dolphin logo, weighed nearly 66 lbs. and was full of cocaine. It’s the sixth instance of drugs washing ashore in Galveston this week, authorities said.

“On Monday, May 25th 2015, the Galveston Police Department received a call from the Galveston Island Beach Patrol stating that a suspicious package had washed ashore just west of the 33rd St jetty,” police said in a statement. “As officers arrived on location they quickly realized that the item was packaged in the manner most cartels use to package their narcotics.”

“The bulk value of this cocaine has been estimated at $855,000; however, if broken down and sold on the street level its value is over $3.5 million,” the Galveston Police Department said.

It’s a good thing responsible citizens found it – or Galveston could be looking at having a “Heisenberg” situation on their hands.