This woman has earned herself the title of WORSE WIFE IN THE WORLD! [1]She makes ANY daughter-in-law look like PERFECTION next to her. While this Woman’s husband is out, she goes HULK on her poor Mother-in-law and finally her husband figures out something is wrong and puts up hidden cameras to catch it all… what he caught on film, is HORRIFYING! 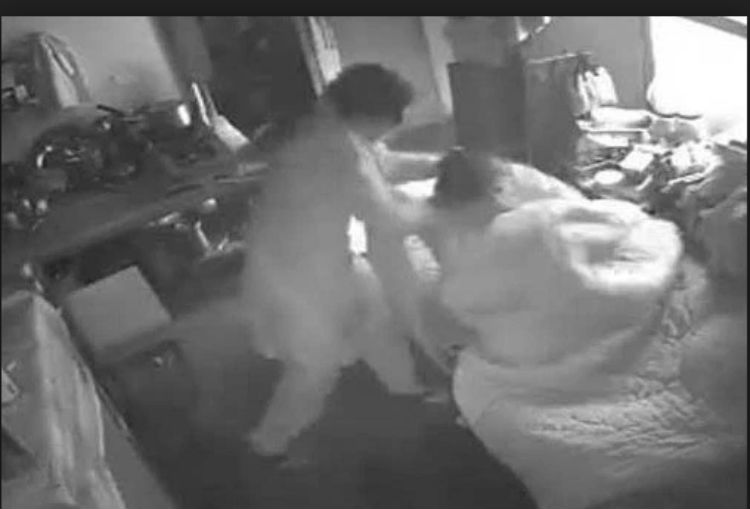 Sandeep Jain, homeowner and husband in Uttar Pradesh, had strong suspicions of his wife committing violent acts against her family members, and decided to take affirmative action to find out the truth.

Jain installed a video camera in his home, and just one week later, caught something flabbergasting on the tapes. According to the BBC, Sangeeta Jain was arrested in connection with the attempted murder of 70-year-old Raj Rani Jain, her mother in-law.

“She was always like this. She used to attack us all – my parents, me,” he told NDTV. “I waited for a year and then thought of installing a CCTV camera to expose her.”

Police report that “a lot of infighting in the family between the husband, wife and mother-in-law”.

Sangeeta Jain has come out with a statement saying the video is fake, but police have their doubts, and an investigation is underway.

Check out the surveillance video below:

Disgusting human being, lock her up in a lions den. See how she likes being trapped in a room with danger and absolutely unable to defend yourself.