TABLES ARE TURNING! Half Of Americans Now Believe Hillary Is LYING About Her Health…

Hillary Clinton’s compulsion to lie to the American people is catching up with her. Last Sunday, a VIDEO went viral of Hillary Clinton stumbling and appearing to pass out, or some say have a seizure. It has made it difficult for Clinton to hide her health issues any longer. New reports show that over half of Americans believe that Clinton is lying about the depth of her health issues. The most interesting part of it all is how hurt the liberal media feels about Clinton withholding information from them, her buddies. Even MSNBC’s Andrea Mitchell seemed upset in a recent report where she said that Clinton’s not being upfront has worsened the Hillary health issue. If she truly had pneumonia, the press are baffled why she didn’t just come out with it right away. The media is blaming Clinton for casting a shadow on her own campaign. 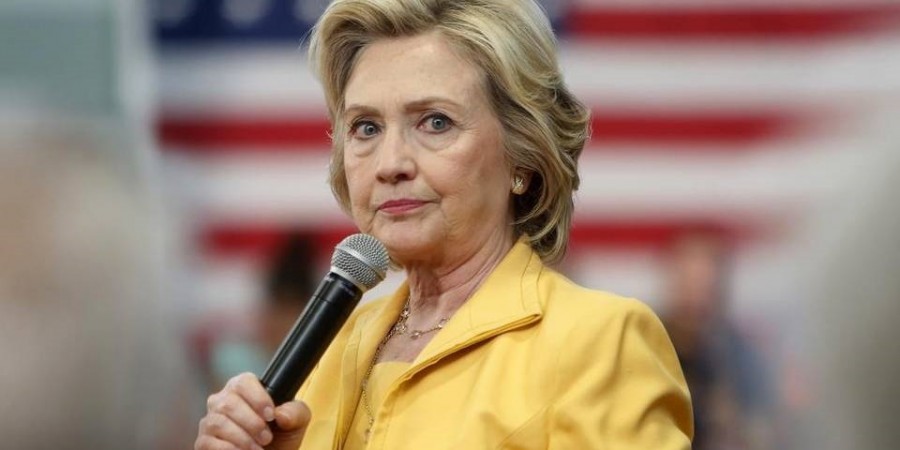 ANDREA MITCHELL, NBC NEWS[2]: The fact is that they have only made things worse.

Because they have helped Donald Trump and Rudy Giuliani, and all the others who are making such an issue out of her health. Trump so far has not talked about it, he has been smart enouugh to listen to advisers probably, to stay quiet while you opponents are messing their own campaigns up.

But the fact that [the Clintons] did not say anything on Friday, when they had an affirmative obligation to the public to the public — to us, after telling us that the cough in Cleveland on Labor Day was just seasonal allergies, which is what she thought. But after she had an exam on Friday morning, they had an affirmative obligation to tell us about the disagnosis of pneumonia…

Eight hours after this first happened, they finally tell us about the diagnosis of pneumonia that occurred on Friday. I’m sorry — there is an obligation, not written, not in law –and Donald Trump is even worse than she is, in terms of telling us anything about his medical records– so, you know, we’ve got a lot of problems with both campaigns.

Of course, a large number of Republicans believe Clinton is hiding something about her health but amazingly Independents and Democrats are freely admitting they can’t trust Clinton. If 23% of Dems and 44% of Inds are willing to say it out loud in a poll, I can’t help but wonder how many Democrats and Independents aren’t admitting, but agree. The problem with Hillary lying about her health is a much bigger problem to Americans than her actual health. Does America want a President who doesn’t believe in transparency and keeps Americans in the dark on important issues? 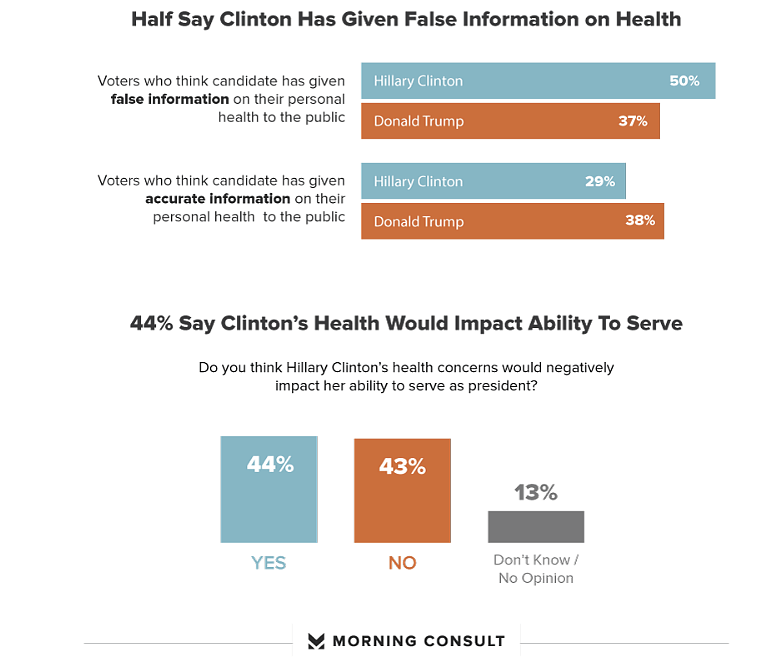