Take Note Liberals! Here’s A Picture Of What Hillary’s America ACTUALLY Looks Like

“Hillary won the popular vote! It’s clear more people wanted her as their President, so she should have won!”

This tired line has been used since November 8th and it appears it’s not going anywhere.

On the surface it appears to make sense, I mean if more people voted for her, she’s obviously the most popular choice, right?

The Founders knew this argument was fundamentally flawed, hence why they created the Electoral College system in the United States. A person can win the popular vote, yet not actually represent the will of the American people.

“But how could that be? More people wanted her to win!”

Let’s take a look at the concentration of those votes. 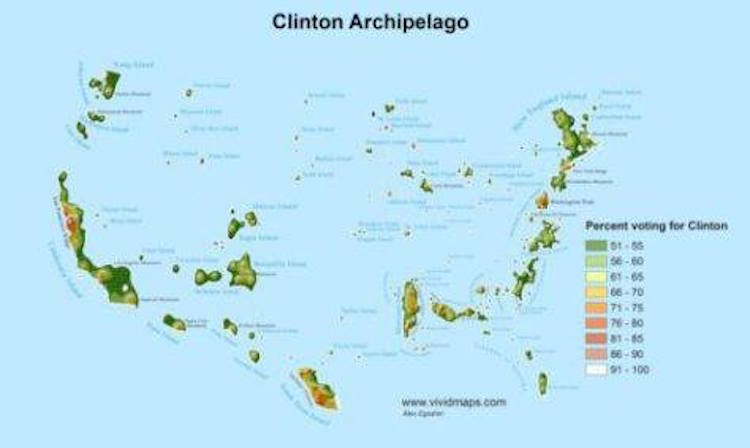 Do you notice something? Missing is 90% of the country, including rural states that may not have as many people as let’s say, southern California, or New York City, New York.

These areas have higher populations, sure, but they don’t represent all of America. Voters in Idaho have just as much right to pick our President as voters in southern Texas.

If we switched to a Democratic way of voting, the areas above would be picking our Presidents every four years. Sure, they might be okay with that now, but what happens if the roles were reversed and these areas were largely conservative/Republican? Then they’d be screaming that we need equal representation (read: Electoral College) because conservatives have an unfair advantage.

No, Hillary Clinton shouldn’t have won, because she’d be presiding over a very small amount of the country.