TAXES: The UGLY Truth About Obama’s America And Taxpayers… [MEME] 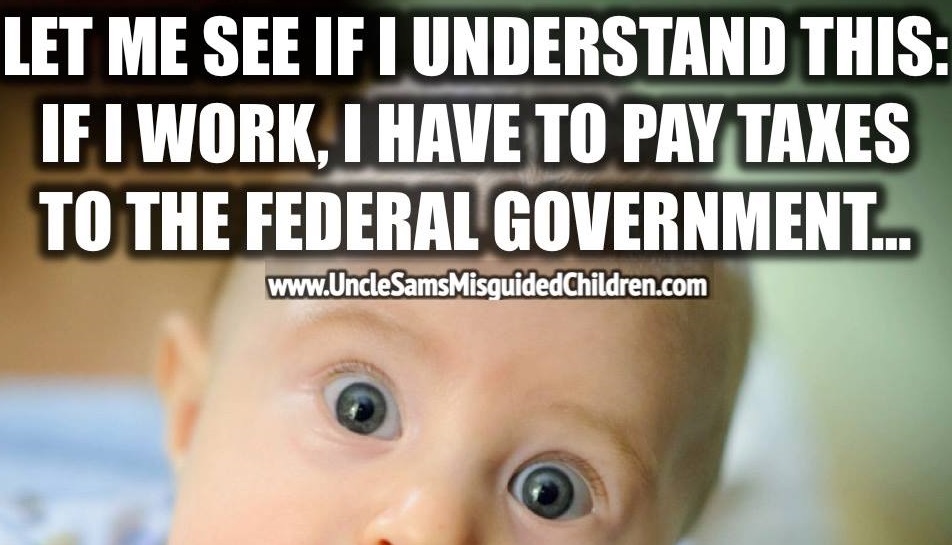 We are living in a government that makes no sense. In fact, if you were to sit lawmakers down and ask them to explain how the government works…

Words would fail them… 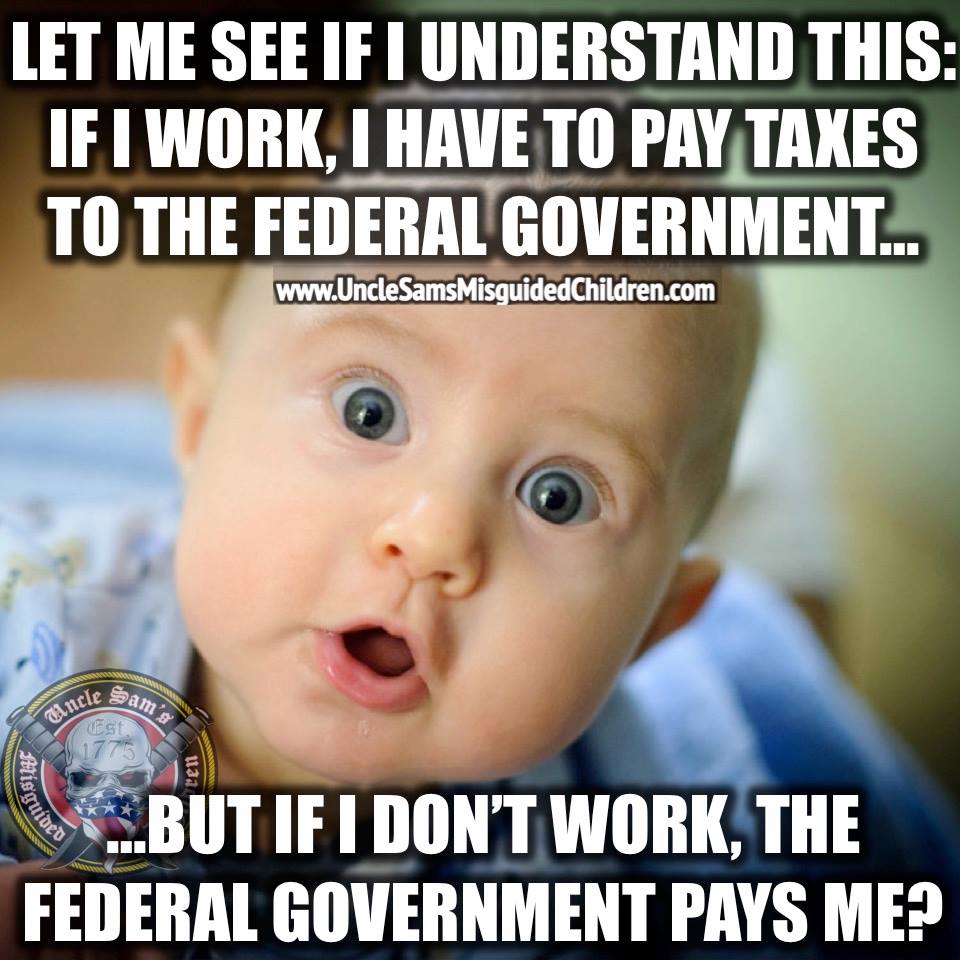 Welfare has become a way of life for millions of people. A program that rewards sloth, welfare is rife with abuse and there are numerous shocking examples to indicate the depth of this abuse. One such example is a British scumbag who has 27 children, but still received government help as he dealt drugs purchased with welfare money. Luckily, his days of conning the government are over as he is now in prison.

From the Daily Mail:
A drug dealer who lives on benefits and has 27 children will miss the birth of his next child after being jailed for 12 years.

Tony Henderson, 53, told the judge he was a ‘good Samaritan’ who supported his family by doing odd jobs for people in the community, who would give him £5 in return.

He claimed he was on benefits because he suffers from blackouts and seizures, which would stop him doing strenuous jobs such as mowing the lawn.

But the jury rejected his ‘entirely bogus story’ after hearing how police found twenty wraps of speed and crack cocaine stashed in Kinder Egg capsules in his home.

He even tried to claim they were for his drug addict girlfriend, who he was trying to wean off drugs, but officers also found cash and six phones, which detailed his deals.

Judge Jeremy Richardson QC said: ‘During the trial, you told many lies, indeed your dishonesty was truly breathtaking. The jury saw through your entirely bogus account.’

Henderson had only a ‘limited’ amount of drugs in his possession after being warned the day before that his home would be raided on June 29 last year, Hull Crown Court heard.

Asked if he had anything to declare, he pointed to a pair of socks on the floor, which each contained a Kinder Egg capsule.

Henderson claimed the drugs were for his addict partner Jennifer Dunn, 32, who was also at their home in Withernsea, East Yorkshire, and is now pregnant with his 28th child.

He admitted three of the phones were his and one was Dunn’s.

Henderson also claimed to have many visitors who used the mobiles.

They contained damning evidence of his role as a ‘leading player’ in the drugs underworld, and a jury of eight women and four men saw through what a judge called his ‘truly breathtaking’ lies.

Henderson was convicted of possession of crack cocaine and amphetamine with intent to supply, and being involved in dealing the two drugs, as well as heroin.

Prosecutor Jayne Bryan told Hull Crown Court: ‘It is clear that in the evidence this defendant was responsible for purchasing bulk commercial quantities of heroin and crack cocaine, because we know from the messages of June 2014 that he travelled to Hull and collected two ounces of heroin and one ounce of crack cocaine.’

Cathrine Kioko-Gilligan, representing Henderson, said he was the sole carer for his elderly father and suffered from epilepsy and depression.

When he was jailed, he said he needed to call his 27 children, and at first the shocked judge thought he meant that he had 27 phones.

Judge Richardson then asked how he supports his lifestyle with such a large family, and Henderson said he did the odd gardening job, for which people give him a sandwich and £5.

Judge Richardson asked: ‘You don’t declare that money to the benefits people. You’re a good Samaritan are you?’ reports The Mirror.

‘Yeah. Well actually, if you ask the people of Withernsea, I am,’ Henderson replied.

Jailing Henderson for a total of 12 years, Judge Richardson QC told him: ‘These are very serious crimes.

‘I preface my sentencing remarks by this short observation: The lives of many individuals in our society are blighted by drugs.

‘Class A drugs are particularly pernicious. Those who peddle drugs in the way you did must be punished severely.

He added: ‘I’m told you have 27 children and another is to be born soon. You will be separated from them for a substantial period of time.’

Dunn, who is pregnant with Henderson’s next child, admitted two drugs offences and is due to be sentenced on August 8.

I am fully aware that not all who are on welfare are drug users, dealers or overall scumbags.

However, it is undeniable that the welfare system in the U.S. and especially abroad is rife with abuse.

It is time to completely eliminate the welfare state and if that seems impossible, at the very least, it should be our aim to make it virtually impossible to abuse.

This includes steps like eradicating food stamps and creating soup kitchens, thus eliminating the possibility of abuse while ensuring that nobody goes hungry.

Or, a revival of civilian conservation corps – programs that put people to work for the betterment of society while ensuring that they receive food and the necessities.

If any society has created a system where a man can have 27 children and still receive governmental help, it’s clear a complete overhaul is needed.