Some of us could never imagine how we would react if we suffered the loss of someone so close to us.  Taya Kyle, widow of ‘American Sniper’ Chris Kyle, shares with us the moment she saw her husband’s body[1]. 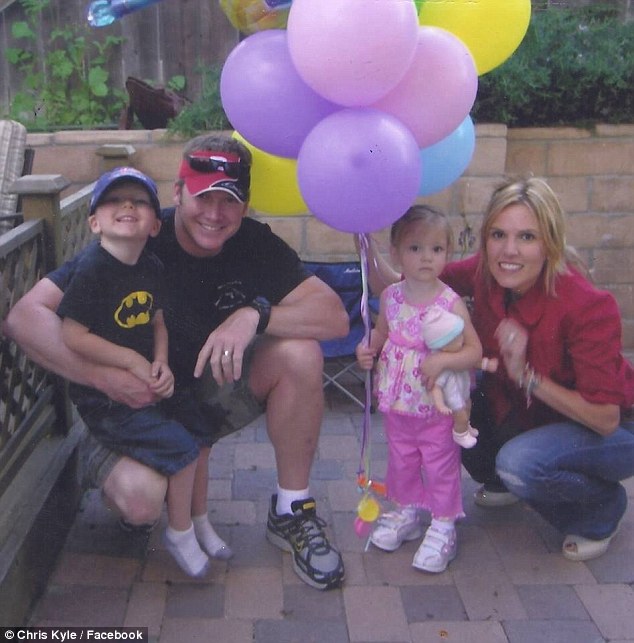 “The widow of American Sniper Chris Kyle shares the heart-wrenching moment she kissed her late husband’s face and told him she loved him after seeing his body.

Taya Kyle, 40, demanded to see him after being told by police that she should not go to the murder scene and described of when she was finally able to see him in her memoir – which tells of her life with the famed former Navy SEAL sniper and coping with his 2013 death.

In American Wife: A Memoir of Love, War, Faith and Renewal, which was released on Monday, the widow also shares of the heart-wrenching moment she broke the news to their two children that their father had been murdered.

Taya Kyle asks in her book, written with Jim DeFelice who co-wrote her late husband’s autobiography American Sniper, if it was wrong that she demanded that she needed to be with her husband, according to the Washington Post.

‘I’d always loved him no matter what, and was willing to see him at his worst as well as his best,’ she wrote.

‘Maybe I was being irrational, but I had a deep emotional need — and if you’d asked me, I would have insisted that he needed me there as well.’

Taya Kyle recalled the painful moment she broke the news to their two children, Colton and Mckenna, that their father had been murdered.

She wrote that she was on the family lawn with both children, sat on each of her knees, as she cried.

Without saying anything at first, she eventually said, ‘Daddy’s hurt’ to which her daughter responded ‘Is he dead?’ and the mother nodded.

‘Daddy was helping someone,’ she said. ‘There was something really, really wrong with that person and his brain. He shot and killed Daddy and Mr. Chad.’

Routh was sentenced to life in prison without parole after his capital murder conviction in February, and the mother described of when she saw Routh’s family for the first time.

She wrote in American Wife that she was attending a preliminary court hearing for Routh when she learned that his mother wanted to speak to her, however she said she was not ready.

Taya Kyle said there had been media reports that Routh had threatened people with violence, which she doubts her husband was aware of.

While she said that does not make Routh’s mother responsible for what happened, she wonders if things would have been different if her husband had known the severity of Routh’s problems.

The memoir also includes details following the defamation case involving former Minnesota Gov. Jesse Ventura, who filed suit against Chris Kyle in 2012 after he wrote in his book that he decked Ventura at a California bar because the former governor made offensive comments about SEALs.

Ventura was awarded a $1.8million defamation verdict which Taya Kyle has appealed and wrote in the book that an insurer covered $500,000, but the rest the Kyle estate has to pay, according to the Washington Post.

She said that after witnesses came forward to back what her late husband had said she cannot understand why the jury chose not to believe them or Chris.

In her memoir, the widow also shared of when she had to make the decision of having her husband laid to rest at Texas State Cemetery in Austin instead of Arlington National Cemetery.”

Taya Kyle has been the example of strength in the time since her husband’s passing, conducting interviews and showing up at the ‘American Sniper’ premiere.  The pain she’s been through must be indescribable, but it is evident that Chris picked a spouse who filled him with the strength and bravery to bring the fight to terrorists.