Teacher Has Perfect Response To A Student’s Belligerent, Drunk Email

Many of us have made a drunken phone call. Some of us have sent a drunken text. I imagine precious few of us have drunkenly emailed our teachers. One young man did exactly that and the teacher offered a perfect response:[1] 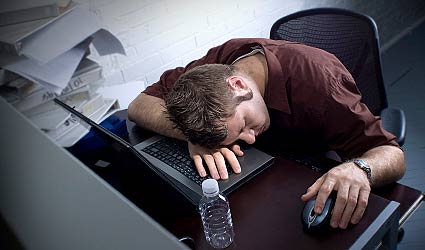 In an image uploaded to Imgur by user Antsped[3], one drunken student named Patrick Davidson made a bold move when he attempted to email his teacher while still intoxicated. Davidson wanted to ask his teacher for an extension on his paper, as he was, in his words “really fucked rn” and would be “sick af tomorrow.” Some commenters doubted the veracity of the exchange, but were still entertained by it. 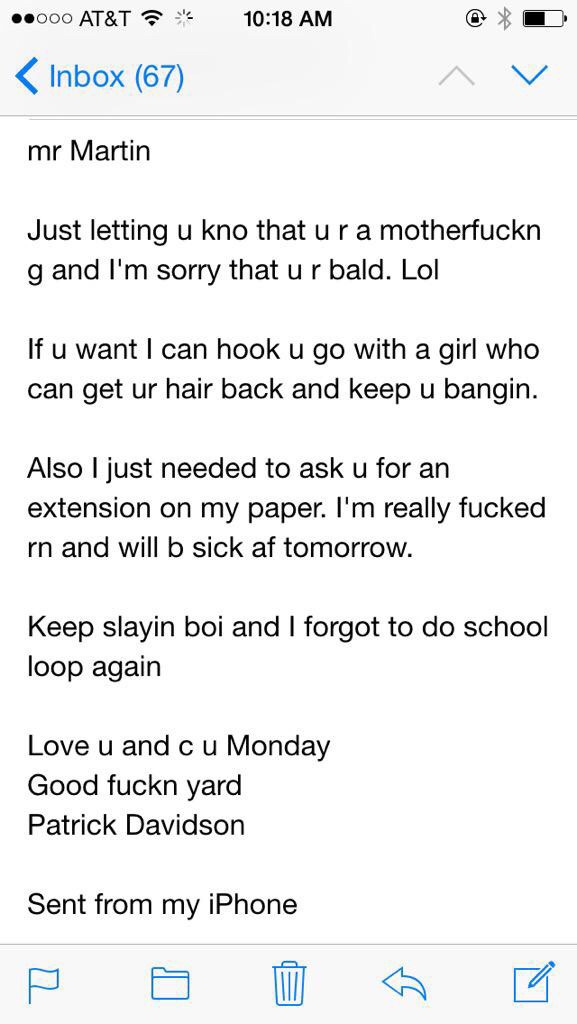 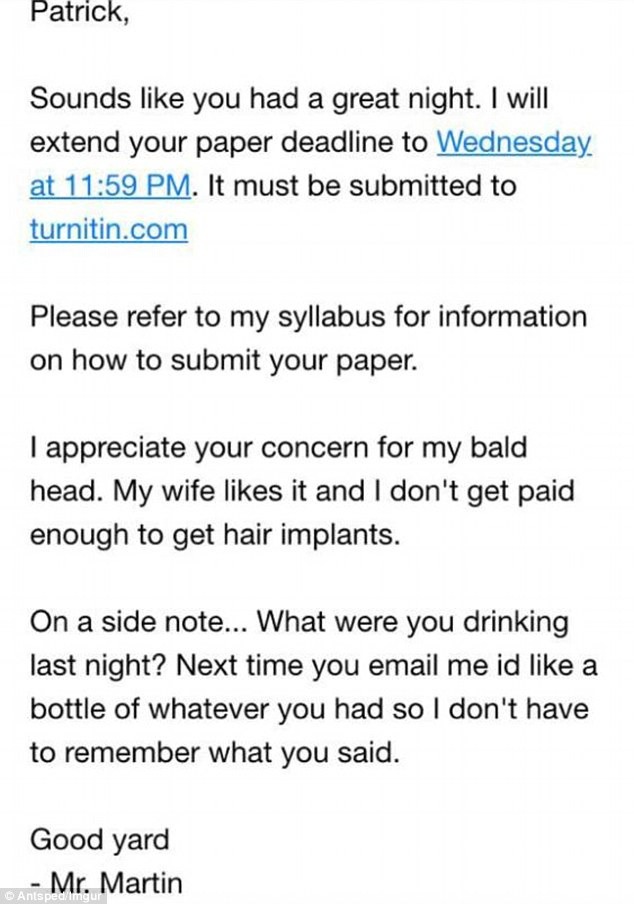 He also made the daring decision to make fun of his teacher, Mr. Martin, for being bald — an unusual tactic, especially when asking for a favor.

Mr. Martin was a champion, though, and responded with dignity and humor. Not only did he allow Davidson to have an extension on his paper, but he also asked Davidson what, exactly, he had been drinking the night before. “Next time you email me I’d like a bottle of whatever you had so I don’t have to remember what you said.”

Where was this teacher when I was in college?