Things are starting to get ugly…as per usual around this time of the race for presidency[1]. This time, the blow is thrown at Sen. Ted Cruz…which of course means he must be doing well right? 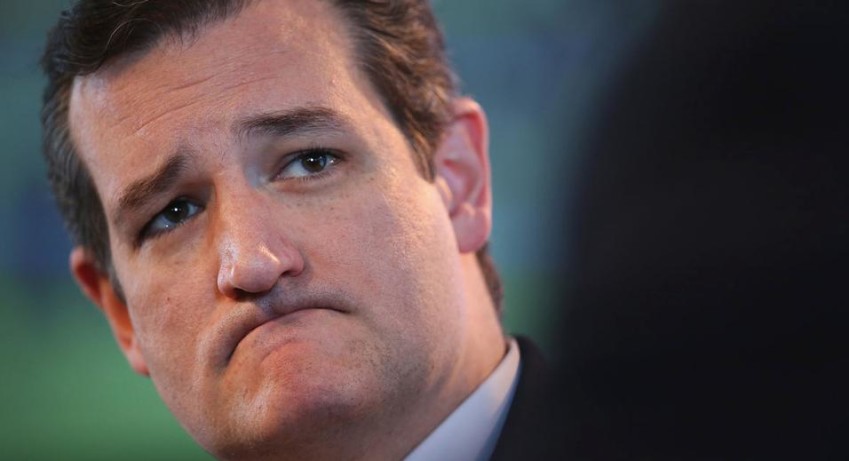 We’ve all seen it before: a youthful indiscretion that comes back to haunt a candidate. In this case, it’s an old video of Sen. Ted Cruz, talking about teenage stuff and bragging that he would one day rule the world.

The video, released on Youtube Sunday via an account called Young Ted Cruz (and available here via the U.K. Daily Mail, as the original YouTube video has mysteriously vanished), includes a bit of coarse language. However, it’s worth pointing out that it was made when Cruz was extremely young and that there’s nothing to indicate the video was anything more than a joke.

“Aspirations? Is that like sweat on my butt?” Ted says at the beginning of the video. Thank you, he’ll be here all week. Be sure to try the constitutional conservatism.

When he realized that no, it wasn’t perspiration on one’s hindquarters, he got into his “real” aspirations, which seem to be those of the average smart-aleck teenage boy.

“My aspiration is to, uh, oh I don’t know, be in a teen t** film like that guy who played Horatio,” Cruz said. “You know he was in Malibu Bikini Beach Shop?”

Needless to say, the video might be popular among the Trump campaign. Of course, given the fact Trump’s had his own problems with the medium of video this week, maybe he’d be best served staying silent.

I too am glad to see that Cruz has a great sense of humor…this, is good.