Earlier this week, Texas senator Ted Cruz faced tough questions from NBC reporter Kasie Hunt[1] over his definition of amnesty for illegal immigrants. His response however, was nothing short of perfection… 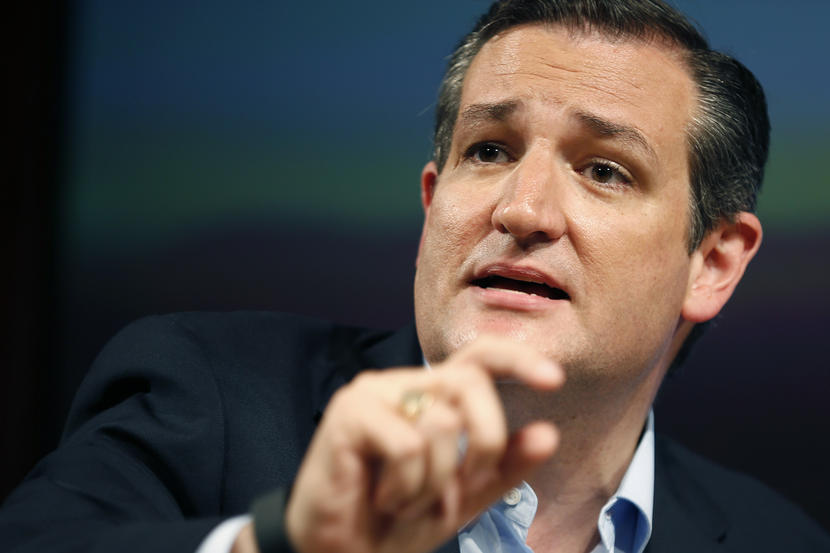 After repeated questioning, Cruz told Hunt amnesty means “forgiving the law-breaking of those who come here illegally and having no consequences, and in particular, a path to citizenship.” Hunt pressed Cruz to clarify whether a path to legalization for illegal immigrants is also amnesty, but the Republican walked away.

Cruz has long been fuzzy on what his definition of “amnesty” is, and presidential rival Marco Rubio has taken advantage of this by arguing he and his fellow senator aren’t much different on immigration. While Cruz spokesman Rick Tyler told NBC News weeks ago that Cruz included legalization in his definition, the candidate himself has not been forthcoming about what, then, ought to be done with the several million illegal immigrants currently. But in a Senate hearing Wednesday, Cruz was much more forceful about what the current administration ought to be doing about the illegal immigrant problem.

“You are charged with following the law,” Cruz said to Sarah Saldaña, the director of Immigration and Customs Enforcement. “Now you mentioned a minute ago that ICE could deport the 12 million people here illegally. Why is it not doing so? Why is it not enforcing the law?”

Saldaña replied that doing so would cost “billions and billions of dollars.” “That is not practical and that is, quite frankly, not very smart,” she said.

“Okay, it’s not smart to enforce federal law that requires those here illegally to be deported?” Cruz said.

Watch the exchange below:

This is a man I would be proud to call the President of the United States.