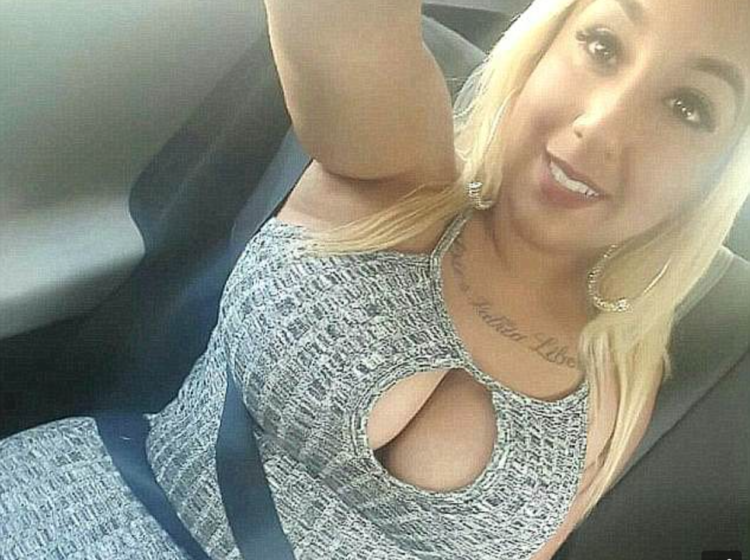 Jasmin Abuslin, now 19, is claiming to have slept with at least 30 police officers over a three-year period and was awarded almost $1,000,000 by the City of Oakland just this morning to allow her to “get on with her life and her healing.”

Last year, a major scandal broke out when she began speaking up with her story and has been connected with several firings and at least one suicide from the pool of officers she was connected with.

Jasmin, the daughter of a police dispatcher, claims that she had slept with the officers under the Celeste Guap starting when she was 16. It was only after the 2015 suicide of an officer that she identified herself as the prostitute in question. Jasmin had threatened the officer, Brendan O’Brien, with exposing him after they had sex when she was 17.

As reported by The Daily Mail[2]:

She claimed to have slept with dozens of the men across the city and said some even encouraged her to keep working on the streets.

Abuslin said one officer tried to act as her pimp, renting her out a hotel room and telling her what to wear to find clients. She said she had sex with another man in his patrol car and that others warned her of hot spots where authorities were carrying out undercover missions to catch prostitutes.

Six current and former officers have been charged criminally for their involvement with her. Two have pleaded guilty. Prosecutors previously claimed some of the men gave her Cheetos in exchange for sex. Abuslin said at least three gave her cash.

They also offered to send her to rehab to treat her drug addiction, she said.

Jasmin’s lawyer John Burris likened her treatment to “modern day slavery” and pointed out that the settlement did not admit any liability on behalf of the police. At least one officer, Dan Black admitted to having had sex with Jasmin, but only when she was of age in exchange for alcohol and food.

Here are some of the text exchanges provided by Jasmin with the officers in question: 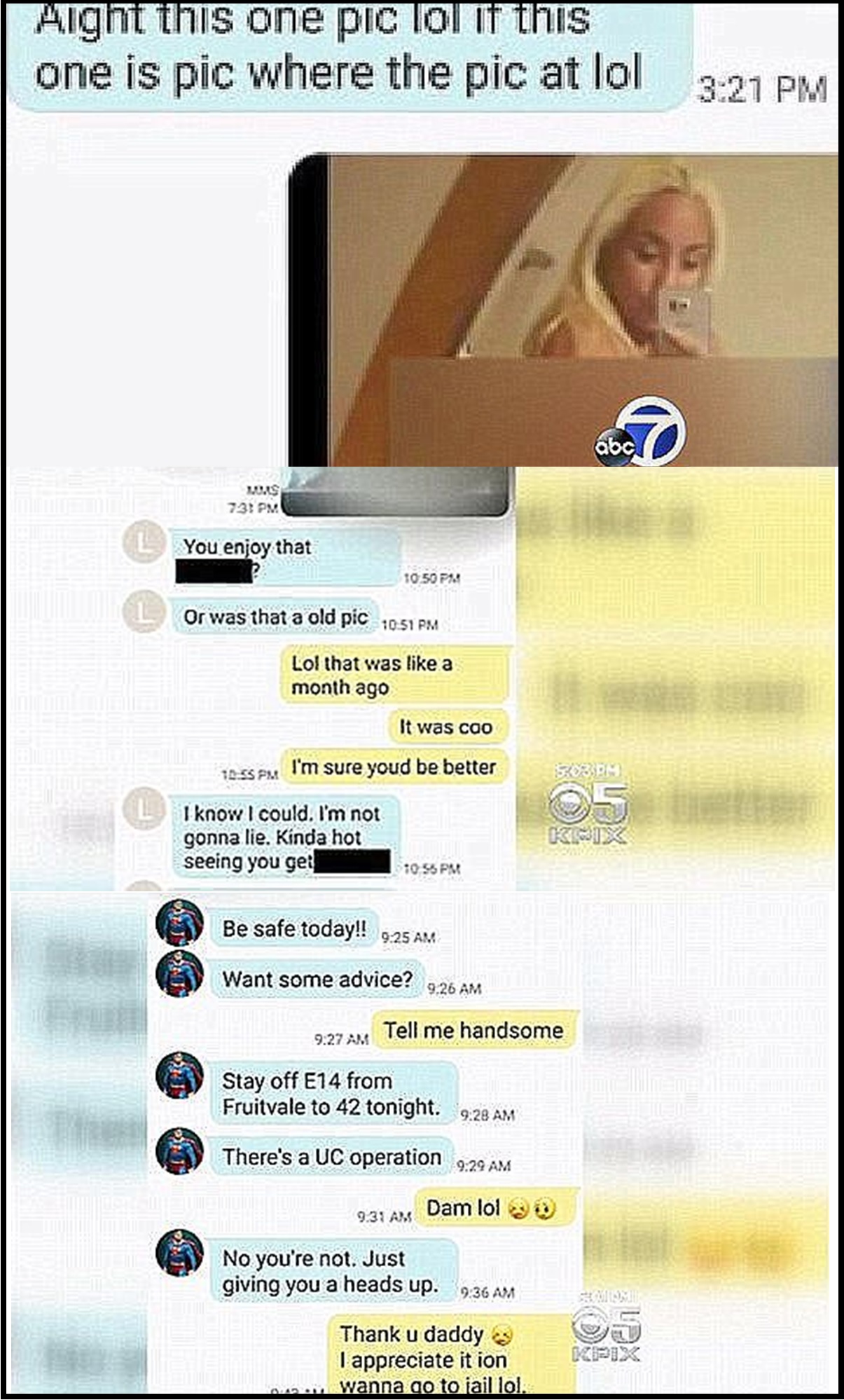