TERRIFYING: 77-Year-Old Woman Trapped in Elevator With a Knife-Wielding Robber

Lorraine Bain, 77, was robbed in an elevator by a man who was carrying a kitchen knife[1]. After stealing the woman’s purse, the suspect rifled through it when he failed to get off of the elevator at the next floor, thus trapping the frightened woman even longer. 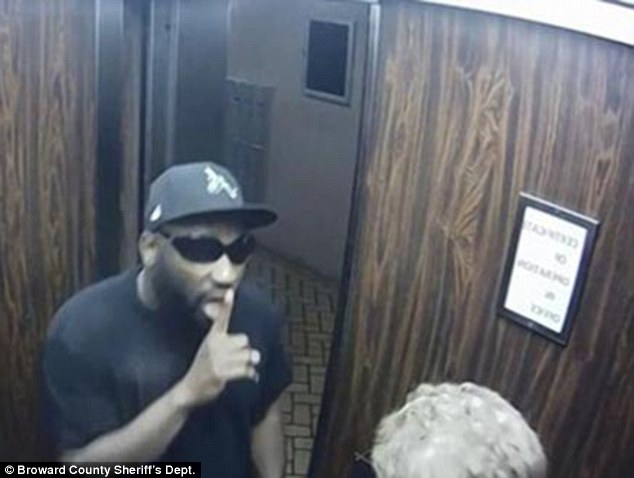 A knife-wielding robber was trapped along with the elderly woman he had just mugged in a Florida elevator.

Lorraine Bain, 77, was helpless and could do nothing but watch as the brazen thief rummaged through her purse containing her credit cards, before running down four flights of stairs.

The pair were trapped for more than 30 seconds as they rode to the fourth floor of Ms. Bain’s apartment complex.

‘That aspect of her being trapped in an elevator with him was the most terrifying part to her,’ Broward Sheriff’s Office Public Information officer Gina Carter told the Daily News.

‘If he had been able to get out right away it would have been much less traumatic for her.’

The attack happened last week at a building in Lauderdale Lakes.

Ms. Bain had just reached her home and was carrying her purse and some mail before the suspect entered immediately after her carrying a kitchen knife.

He told her not to make a sound as he placed his finger over his mouth and stood in her way so that she couldn’t escape.

WIthin seconds, he grabbed her purse and attempted to run off but the sliding door closed and the robber slammed his head against the wall in frustration.

Fortunately the purse was of little monetary value and contained some ID and credit cards.

The suspect, a 6-foot-2 black male, who has a medium build, short haircut and wore black clothing, sunglasses and a black, was seen before the attack loitering around the first floor of the building where he had good view of the parking lot, mailboxes and elevator.

Feeling that something wasn’t quite right, she hurried into the elevator but the robber managed to jump inside before the door closed.

The investigation is ongoing but it does not appear he is known to anyone in the building, she said.

If you have any knowledge regarding the identity of the suspect pictured above, please contact your local law enforcement. He needs to be caught before he can victimize someone else.
Endnotes: