Terror on Southwest Flight as Passenger Starts CHOKING Woman Who Reclined Her Seat in Front of Him, BEFORE TAKE OFF!

A Southwest Airlines jetliner was forced to return to the gate at Los Angeles International Airport Sunday without taking off after a fight between passengers that was allegedly sparked by seat reclining[1]. Surprisingly, both people involved WERE in fact, adults…go figure. THIS is one story that might make you question whether you’ll recline your seat back on YOUR next flight! 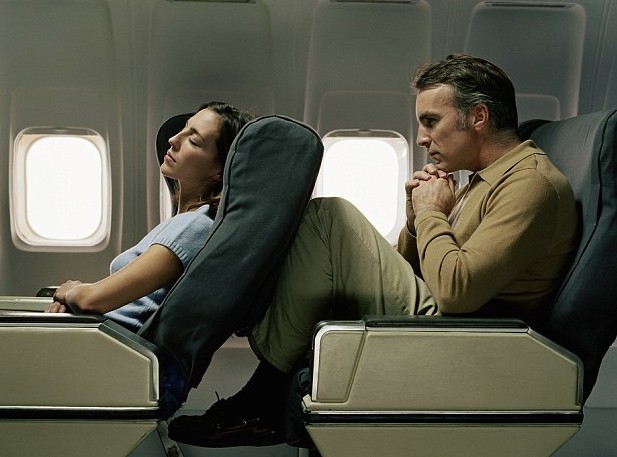 About 15 minutes later, when the aircraft was on the taxiway, police got a call about a disturbance on board.

The plane was ordered to return to the gate. The FBI took over after the flight was recalled.

The aircraft, a Boeing 737-300, was carrying 137 passengers on board at the time of the incident.

According to eyewitnesses interviewed by NBC News, one of the travelers attempted to recline her seat back just before takeoff, sparking an altercation with a man seating directly behind her.

The male passenger allegedly began choking the woman in front of him, prompting her to call for help.

Shortly after, the pilot notified the control tower that because of a physical altercation between two passengers, he was turning the plane around and returning to the LA airport.

Southwest Airlines later released a statement saying the plane had to be turned around due to a ‘rapidly escalating situation.’

Passengers reported seeing the man who allegedly attacked the woman removed from the flight by police and detained.

All I can think about is how AWKWARD it must have been for that lady…having to sit through the flight after that incident. I mean…what do you do after something like that happens? Shout out “I’m Ok!” then…get some shut eye?