Farook was a US citizen and NOW a self-professed Liberal who worked as a county environmental health specialist[1], inspecting restaurants and swimming pools for health violations AND a website that tracks public employees. A regular guy living the American dream, right? 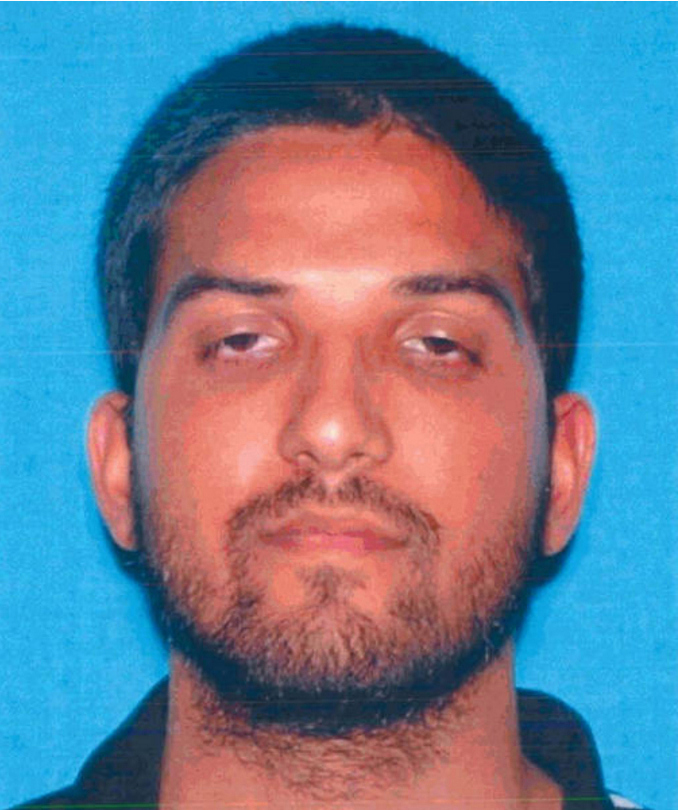 While he appeared not to have profiles on such popular social media sites as Facebook and LinkedIn, Farook was registered on at least three online dating sites. It was unclear when he had created those profiles.
On ArabLounge.com, a site for Arab singles “looking for dating, friendship and love,” Farook described himself as single, “Allah fearing,” calm, thoughtful and simple.

Farook said he was looking for a “girl who has the same outlook,” who wears a hijab – the head covering worn in public by some Muslim women – but lives life to the fullest. His profile listed him as six feet tall and a non-smoker with a “very liberal” political view.

“Impulsive buying” gets on his nerves and lying turns him off, he said. He listed his income as $30,000 to $45,000.
Meanwhile, his jihadi bride passed visa screening, yet mysteriously, no known photo of her exists. Nobody seems to be curious about that. Seems newsworthy that she could get into this country without any photo identification. The happy couple also looks as if they were ready for war. Maybe this wasn’t “workplace violence” after all. In fact, links to known terrorist would normally dispel that lunacy, but our current president is still bitterly clinging to his odd beliefs.

This regular guy who obtains bombs and guns to murder people en masse is NOT a conservative, just like all of the other mass shooters in the news recently. But of course the left won’t admit that this guy is one of their own despite his helping them to further their anti-gun agenda just a little bit more. Do you think that there are some in Washington DC who are cheering fellow Liberals like this on in their heads?