Participating in some fun runs through the mud can be a great way to get some exercise and have some fun with friends. However, as one woman learned[1], it is not without risks: 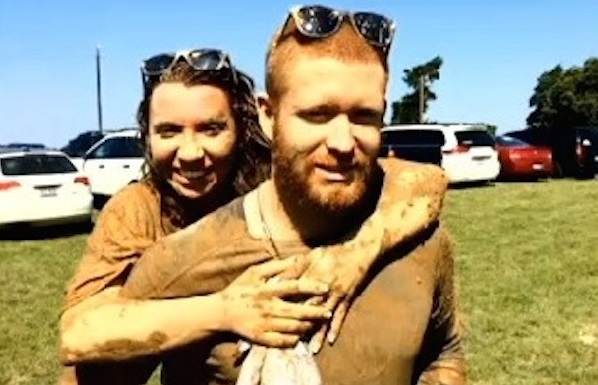 Themed races where people run through muddy terrain and through obstacles have become increasingly popular, but there’s a reason why participants have to sign a waiver before they run.

Though most people get through the race with little more than dirty clothes and sore muscles, we’ve seen some of the ill effects of so-called “mud runs” and yet another example is coming from a woman who recently participated in a Dallas event.

Brittany Williams ran her first mud run earlier this month and within 24 hours after crossing the finish line, she was blind in one eye.

“My eye started hurting, like maybe I’ve got mud or some debris in there,” Williams told KTVT-TV[3]. “When I opened my eye, it was just like white. The whole room was white.”

The mother explained that a cut on her eye from debris allowed a type of flesh-eating bacteria to enter and destroy her cornea.

“It just completely melted off of my eye,” she told the news station

Williams told KTVT doctors have said her eyesight could be restored[4] with surgery, but it’s something she’s having trouble with at the moment because she doesn’t have insurance.

“I’ve had health insurance before and I never used it. I never went to the doctor and I just spent lots of money for nothing. So I didn’t see the point at the time when we couldn’t afford it,” Williams, who works two jobs, told the news station, which noted that she has a $100,000 bill from a hospital stay.

Friends of Williams established a GoFundMe page[5], which has already exceeded its funding goal, raising nearly $6,000 at the time of this posting. But in a recent update, followers were informed that Williams was turned away this week from a follow-up appointment due to a lack of insurance and without full payment for a deep tissue biopsy.

“Hunting the [Dallas-Fort Worth] area for a competent, capable specialist/surgeon now with rights to the specific scope she needs and also willing to take self pay payments,” the update read. “Horrible timing because they previously discontinued all of her antibiotic treatment for one day in hopes to regrow culture and identify the cause. Then just before culturing or giving additional medication instructions, they kicked us to the curb with NOTHING…not a scrip, advise, a referral or anything.

“We will be trying to find someone willing to help in the next 12 hours — if no such luck, the only option will be to start her back on the leftover antibiotics we have,” the post read.

Williams told KTVT that as a religious person she believes this happened for a reason and is trying to maintain a positive attitude.

Our prayers are certainly with her as Williams recovers from this out-of-the-blue tragedy.