The Assassination of Paul Ryan 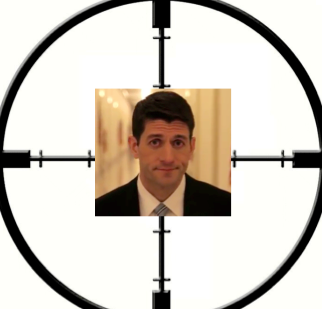 If anyone has seen the movie The Contender, you know that one doesn’t have to be in a library depository to assassinate a leader. : Bullets are no longer needed to destroy political leaders thanks to new media. : The left spearheaded this new type of assassination in their campaign to destroy the Republican politicians leading point on the Clinton impeachment proceedings. : The Ryan smears were inevitable. Robert Stacy McCain—with Ali Akbar— pushed hard for Paul Ryan for the VP spot and: wrote today that[2]:[3]

Members of the Democrat-Media Complex like: Charles Pierce of: Esquire[4]and: James Fallows of the: Atlantic[5]: are already registering their disdain of Paul Ryan, and the Democrats are busy e-mailing their massive oppo-research PDF dossier to reporters, so the media attacks on Ryan are: pre-scripted dictation from the DNC research department[6].

This is predictable, and is the best argument for: picking a conservative like Ryan[7]: No matter whom Romney had chosen, the Democrats would have demonized the GOP running mate as a Jekyll-and-Hyde combination of Dick Cheney and Martin Bormann.

As such, left-wing bastions of confusion, like Salon.com, and the mainstream media have already fired off their first salvos in their ‘smear Ryan’ offensive—running out of “The Wilderness”[8] like a bat out of hell. : This is the beginning of a long and tragic campaign of character assassination against Mr. Ryan. : Expect more of what you’re about to read below— with gross distortion of the facts and sensationalized : reporting about how Ryan concocted the plot to kill all the grandma, and flat out lying. : The latter of which is becoming the main method of attack by the Obama campaign.

Newsbusters, which recently caught Fareed Zakaria plagiarizing a piece from Jill Lepore of the New Yorker on gun control[9],: has been on alert to counter the torrent of liberal hatred and misinformation that will be directed towards Mr. Ryan.

Noel Sheppard caught CNN’s Candy Crowley saying[10] that the Ryan is a death wish for the Republican ticket.

CANDY CROWLEY, CNN: We’ve already had this debate. All they have to do at Obama Reelect is open up the files because this debate has already happened. They just bring it back, it goes, it is, you know, what they talk about. But I think the other thing that’s worth pointing out is not every Republican has signed on to this kind of, I mean, they will publicly. But there is some trepidation…

CROWLEY: …that this might be, looks a little bit like some sort of ticket death wish. That, oh, my gosh, do we really want to talk about these thing? Is this where we want to go when the economy is so bad? We could have stayed on that.

Rich Noyes posted today about how the major networks are trying to falsely depict Ryan as the destroyer of Medicare[11]. : His budget plan is the main point of contention. Noyes wrote that, in actuality, “the $5 trillion in “cuts” are merely reductions from the much-higher spending anticipated by President Obama’s budget. (See tables starting on page 88.[12])” : Furthermore, “while Ryan’s approach – assuming it passed and future Congresses continued to abide by its limits –:  would slow the growth in federal spending so it would amount to just under 20% of the overall economy, it also forecasts uninterrupted budget deficits (and, therefore, a rising national debt) through 2022. Yet not one of the morning shows today carried any suggestion that Ryan should be criticized for taking too mild an approach to the fiscal crisis”

I agree that the Roadmap could be more aggressive, but it provides a good foundation to steer our nation towards a path to fiscal sanity. : However, the major news networks had this to say:

BIANNA GOLODRYGA: A bold choice, but not one without risks. Paul Ryan is 42-years-old. He’s been elected to the House from his district in Wisconsin seven times, but he’s now best-known for his controversial budget proposal, which some within his own party has distanced themselves from. He’s pushing for sharp cuts in federal spending, including programs like Medicare. Now, his proposal is set to be a focal point of this election. Will Republicans be forced to fully embrace it now? Democrats, meantime, contest that it will destroy Medicare and Social Security.

BOB SCHIEFFER: I think conservatives are going to be delighted. They’re going to say that Mitt Romney finally did something bold. This is what the Wall Street Journal was urging, this is what the Weekly Standard, Bill Kristol, a strong voice of conservatism — both were saying this week this is the guy.

So this campaign has now been joined. It’s been really about silly stuff up until now quite frankly in my view. Now it’s going to be about something, about what do we want to do with these social programs- and government spending. Where do we want to make these cuts.

DAVID GREGORY: He’s part of a conservative wave in the House of Representatives who put his own name to the House budget blueprint which was pretty controversial. It didn’t pass. It talked about cutting spending and also changing the Medicare program for seniors, introducing the voucher program. Made it very controversial from the start. Even among some fellow Republicans. Newt Gingrich notably called it right wing social engineering. But conservatives have rallied around Paul Ryan. He talks in big, bold strokes about the fiscal crisis, the debt crisis, and he’s going to be a powerful voice for Mitt Romney on dealing with both the economy and the fiscal crisis that the country faces, but there are downsides as well.

Political writer: Ryan Lizza of The New Yorker[14]: as having the unintentionally hilarious first spin on the reported pick of Paul Ryan to be Romney’s running mate. Lizza immediately started to “tally the risks.”

Besides summer jobs working at McDonald’s or at his family’s construction company, or waiting tables as a young Washington staffer, Ryan has none of the business-world experience Romney frequently touts as essential for governing. In the run-up to his first campaign for Congress, in 1998, that gap was enough of a concern for Ryan that he briefly became a “marketing consultant” at the family business, an obvious bit of résumé puffing.

But that wasn’t blind, deaf, and dumb to Obama’s resume enough: he also didn’t have enough Washington experience:

But Ryan’s Washington experience is also light, at least for a potential President–which, after all, is the main job description of a Vice-President. Ryan has worked as a think-tank staffer and Congressman, but he’s never been in charge of a large organization, and he has little experience with foreign policy.: Given how Sarah Palin was criticized for her lack of such experience, I’m surprised that Romney would pick someone whose ability to immediately step into the top job is open to question.

Oy vey! : However, to get a real feeling as to what the proggies feel about Romney’s VP pick, you need to visit Salon.com and read pieces from people, like Andrew Leonard, who posted today that[15]:

Medicare is back on the menu, boys! Now there’s just no way Romney will be able to run away and hide from the: draconian, social-welfare slashing Ryan budget.[16]: A million senior-scaring attack ads are likely already in production; Florida has a brand new boogeyman.:  Some pundits are boldly calling the choice a Hail Mary act of desperation – only someone watching the election slip away would hand such a golden opportunity to his opponents.

Alright! We still get to exploit old people through fear mongering!

MSNBC co-host of The Cycle Steve Kornacki had the gumption to assume that the Ryan pick reeked of fear[17].

The most important thing to know about Mitt Romney’s running-mate choice is this: It’s not the move he would have made if the campaign was going the way he hoped it would.

Until now, the Romney strategy has been relentlessly single-minded. He’s had no interest in articulating or embracing specific policy proposals and has generally shied away from saying or doing anything that anyone might find at all unsettling. More than any other candidate in recent history, he has strained to be generic, someone positioned to serve as a protest vehicle for swing voters who are inclined to vote President Obama out.

…There are endless reasons to doubt this will work. The toxicity of the Ryan budget has been tested (on a small-scale[18], granted) before, and the results weren’t good for the GOP. Which is why, more than anything else, this is a huge risk for Romney — a risk he wouldn’t be taking if this summer hadn’t gone so poorly for him.

Steve, are you mentioning the egregious ‘cancer’ ad, Harry Reid’s lies, and the media’s fetishism over “reporting” Romney’s UK gaffe’s that never happened? If Romney had a bad summer, which I feel wasn’t all that bad, then it was due to the slanderous lies from Team Obama since they’ve got nothing on the presumptive Republican nominee.

Irwin Carmon interviewed Ryan’s predecessor,[19] Lydia Spottswood, whom he beat in 1998 saying : “If you really move all the clutter and all the doublespeak out of the way, you realize that the modern Republican Party is championing the vision of Ayn Rand, every man for himself, and women get to take a very deep backseat…: She added, ‘One of the things that is said a lot in news stories is that Paul is a budget nerd. But : he’s a business agent for the robber barons of the 21st century. The Romney-Ryan campaign, she said, is : promoting a reactionary vision for America, and Paul Ryan is a perfect foil for this.”

Spottswood does compliment Ryan for his campaign skills— which generous of her after calling him a robber baron.

Alex Halperin created a dossier on the new VP pick[20]: to show that his most awful characteristic Mr. Ryan has is his conservatism. Gasp!

Selected views:
Major proposal:: A: controversial 10-year budget overhaul[21]: that would, most importantly, restructure the social safety net in favor of a voucher system
Rating from National Rifle Association:: A
Rating from NARAL Pro-Choice America:: 0
2011 rating from the: League of Conservation Voters[22](environmental): 3%
Lifetime rating from the American Conservative Union:: 91.69, on a scale from 0-100Ayn Rand’s influence:

In all, the media and the political left will be brutal, methodical, and merciless against the Republican ticket. : Liberals have the crosshairs set on Ryan. : Obama even has set up a “Truth Team[26].” : This is just the first day of anti-Ryan left-wing drivel. It’s going to get ugly folks.