Family history research allows you to really know your family’s history[1], learn through their own personal struggles, gain wisdom through their trials…or inform you that they owned slaves, BEFORE you appear in front of thousands of people to speak on the 150th Anniversary of the 13th Amendment that ended slavery. It just might be cause for necessary humbling…on word choice. 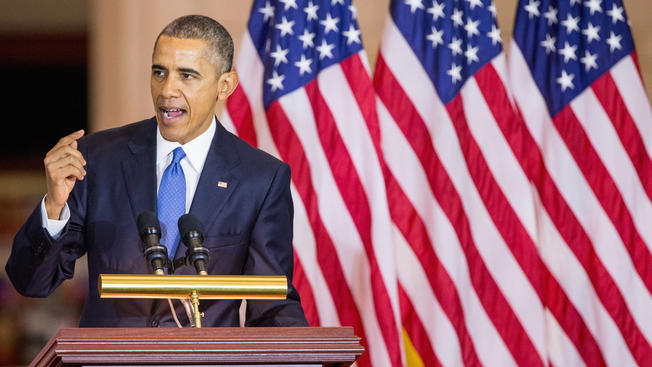 Barack Obama marked the 150th anniversary of the end of slavery today.

President Obama said at a ceremony marking the 150th anniversary of the 13th Amendment[3] on Wednesday that Americans should remember that “our freedom is bound up with the freedom of others,” no matter what faith they practice, an apparent reference to Donald Trump’s proposal to keep Muslims from traveling to the United States.

An intriguing sliver of his family history has received almost no attention until now: It appears that forebears of his white mother owned slaves, according to genealogical research and census records.

The records, which had never been addressed publicly by the Illinois senator or his relatives, were first noted in an ancestry report compiled by William Addams Reitwiesner, who works at the Library of Congress and practices genealogy in his spare time. The report, on Reitwiesner’s Web site, carries a disclaimer that it is a “first draft” –one likely to be examined more closely if Obama is nominated.

He thinks wanting to keep America safe will shackle us…when in truth, not keeping America safe will kill us. Come on Obama…it is not about shackles. It’s about evil people…training to terminate us, and the American people being told to tolerate them.

“We condemn ourselves to shackles once more if we fail to answer those who wonder if they’re truly equals in their communities,” Obama said.