Perverts infest society and they are about as welcomed in society as influenza is in the body. However, it takes a special kind of pervert to travel to a different country to purchase and have sex with a baby. One man, a priest-in-training, no less, has been apprehended trying to do exactly that.[1] 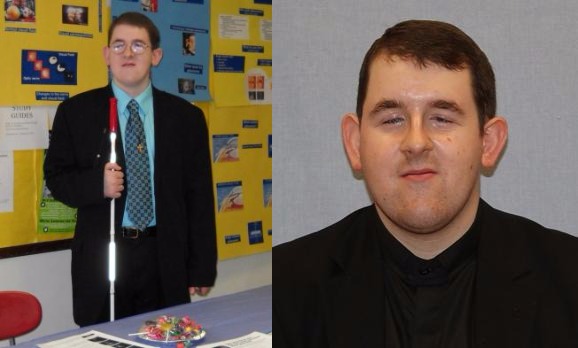 A seminary student from Ohio got busted in California Friday for allegedly plotting to have sex with an adopted infant in Mexico, police said.

Joel A. Wright, a priest-in-training at Pontifical College Josephinum in Columbus, was arrested after his plane landed in San Diego International Airport. He had planned to continue to Tijuana, where he would go to a hotel and buy the baby for sex, police said.

Federal agents started investigating Wright after learning in July 2014 he tried paying for someone to adopt a Mexican child for his pleasure, police said. Last November, an undercover agent started talking to Wright online, posing as a tour guide in Mexico, authorities said.

During their talks, the accused sicko said he wanted to adopt or purchase baby girl under the age of 3, have sex with her and film it, officials said. He expected to meet the tour guide in San Diego.

“We’re both shocked and saddened to learn of his involvement in such reprehensible allegations,” the Rev. John Allen, a school spokesman, said in a statement to the Columbus Dispatch.[3]

Wright, a Vermont native, was diagnosed with glaucoma when he was a baby, according to a profile[4] on Vermont’s state government website. He said he wanted to be a priest to encourage others to overcome their disabilities.

“Joel feels a calling to the ministry of a priest in order to help others find themselves and find purpose in their lives,” the page said.

The profile said Wright is “Living his American Dream.”

Hopefully, this man will land behind bars and the rest of the inmate population will be made aware of what, exactly, his crime was.

That should go over really well…