The lifetime cost of taking in just 10,000 Syrian refugees? It will BLOW YOUR MIND

Today, the Senate Subcommittee on Immigration and the National Interest conducted an oversight hearing on the administration’s plan to increase the number of refugees admitted to the United States by approximately 200,000 over the next two years, with the increase largely attributable to Syrian refugees. The question on most American’s minds is…WHAT WILL IT COST ME? [1] 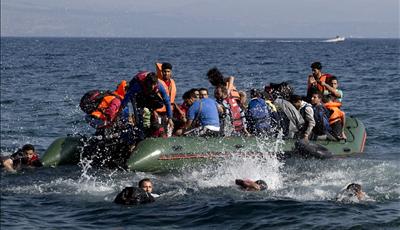 After the hearing, Subcommittee Chairman Jeff Sessions summed up the conclusions that emerged:

* We do not have access to any Syrian government database to learn the backgrounds of these refugee applicants.

* We do not have adequate resources or records and will not conduct any meaningful investigation of each of the thousands of applicants.

* The administration approves over 90% of all Syrian refugee applications.

* We have no capacity to determine the likelihood that Islamist refugees, once admitted to the United States, will become involved with terrorist activity.

* We are already struggling with a huge problem of prior Islamist refugees seeking to take up arms with terrorists, and we have every expectation that the Administration’s current refugee plans will exacerbate that problem.

* It is not a probability, but a certainty, that among the more than 1 million migrants from Muslim countries we will admit over the next decade, a number will already be radicalized or radicalize after their entrance into the U.S.

* With respect to cost, the $1.2 billion budget for refugee placement is only a fraction of the total expense, and does not attempt to measure the short-term or long-term costs of providing access to virtually all welfare, healthcare, and retirement programs in the U.S. budget, as well as community resources such as public education and local hospitals.

* Robert Rector, with the Heritage Foundation, estimates the lifetime cost of benefits at $6.5 billion per 10,000 refugees. In the most recent year, the Office of Refugee Resettlement provided services to some 140,000 newly-admitted refugees, asylees, and related groups.

So let’s do the math: if 10,000 refugees incur a lifetime benefits cost of $6.5 billion, then 200,000 will add up to $130 billion. This extraordinary cost is due in large part to the fact that nearly all of the individuals in question will be on welfare. As Sessions also noted, and as we wrote here recently, more than 90% of recent Middle Eastern refugees receive food stamps, while 70% get free health care and cash welfare.

So, in other words: here we go again.

In essence, we could literally be giving monetary care to the very people who plan to invade and conquer this country!