The Marines: We don’t want women fighting on the front lines

Feminazi heads are exploding because the Marine Corps is expected to ask that women not be allowed [1]to compete for several front-line combat jobs. Should women be kept out of harms way just because it’s been a tradition in civilized humanity for thousands of years? 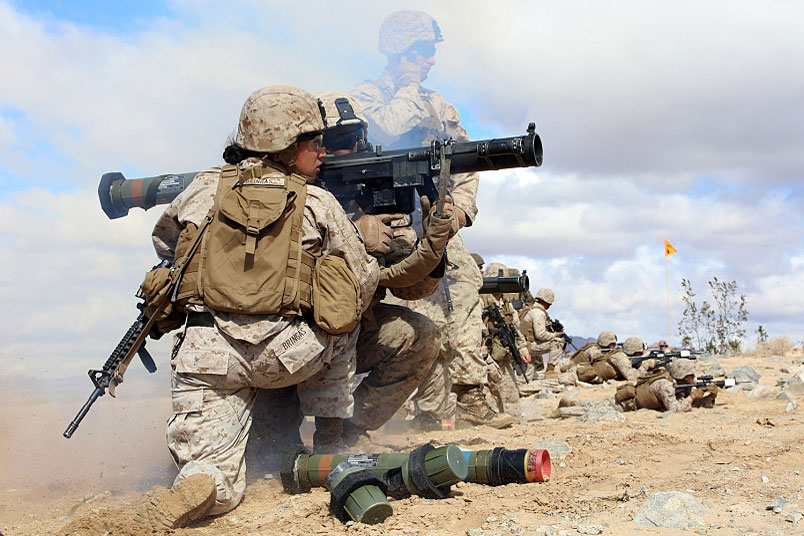 The tentative decision has ignited a debate over whether Navy Secretary Ray Mabus can veto any Marine Corps proposal to prohibit women from serving in certain infantry and reconnaissance positions. And it puts Gen. Joseph Dunford, the Marine Corps commandant who takes over soon as chairman of the Joint Chiefs of Staff, at odds with the other three military services, who are expected to open all of their combat jobs to women.

No final decisions have been made or forwarded to Pentagon leaders, but officials say Defense Secretary Ash Carter is aware of the dispute and intends to review the Marine plan. The Marine Corps is part of the Navy, so Mabus is secretary of both services.

The ongoing divide has put Dunford in the spotlight as he prepares to start his new job next week. And it puts him in a somewhat awkward position of eventually having to review and pass judgment — as chairman — on a waiver request that he submitted himself while serving as Marine commandant.

The greatest asset to any military is the woman because inevitably she has the unique power to replenish the military’s manpower supply. First in procreating (which a man can’t do) and second rearing that child to eventually join the military. Would it be dumb then to put such an important asset on the front lines to be killed before performing her most important service to the marines? Okay, my opinions on it are ‘old-fashion’ but are they incorrect? A military baby is more likely to join the military than a child from a civilian household… common sense. Course, if a woman is too dumb to see her greater importance, it also stands to reason she probably would raise a child with a narrowed vision as well.