The RNC Severs Ties With This Network Over Unfair Debate Questions

It’s official, the vote has been cast and the business relationship between NBC and the RNC is severed, they will not have the opportunity to hold the next GOP presidential candidate[1] debate there at NBC as originally planned. 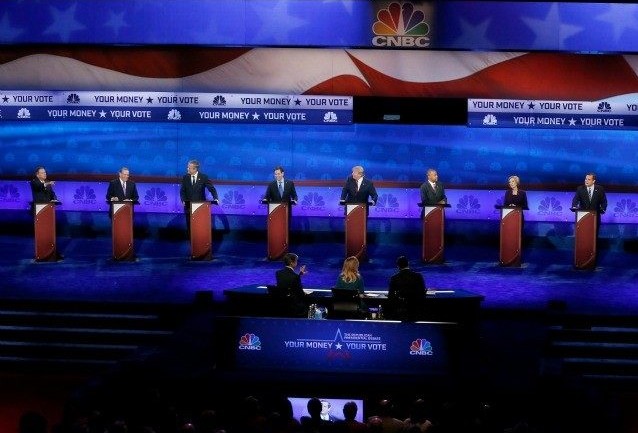 The Debate Committee for the RNC met via conference call and after hearing updates from RNC chairman Reince Priebus officially voted to cancel the partnership with NBC, according to sources on the call. The vote was unanimous.

After the October debate hosted by NBC partner CNBC—in which co-moderator John Harwood was roundly criticized for a poor performance—the RNC suspended its relationship with NBC News over that upcoming Houston debate.

“I write to inform you that pending further discussion between the Republican National Committee (RNC) and our presidential campaigns, we are suspending the partnership with NBC News for the Republican primary debate at the University of Houston on February 26, 2016,” Priebus wrote to NBC News chairman Andy Lack back in late October. “The RNC’s sole role in the primary debate process is to ensure that our candidates are given a full and fair opportunity to lay out their vision for America’s future. We simply cannot continue with NBC without full consultation with our campaigns.”

In response, NBC News signaled in a statement at the time that it thought the situation could be resolved.

“This is a disappointing development,” NBC News said in a statement. “However, along with our debate broadcast partners at Telemundo we will work in good faith to resolve this matter with the Republican Party.”

This process also sparked an unprecedented meeting of top officials with almost every GOP presidential campaign, in which campaign managers represented most of the 2016 GOP candidates to fight for better representation in the debate process. Donald Trump’s team and Dr. Ben Carson’s team, as well most of the rest of the campaigns, huddled together to wrest control away from the mainstream media—which has been, until now, dominating the process.

The move by the RNC to formally extricate NBC News from the process is sure to seriously harm the media organization’s reputation, and its financial bottom line. Typically, networks make millions of dollars in ad revenue with debate moderation due to the extraordinarily high viewership.

The debate is still on the schedule–it would come after Iowans, New Hampshire citizens, South Carolinians, and Nevadans vote, heading into the all-important SEC Primary of which Texas is a part on March 1–but it’s unclear as of yet who will moderate it or where it will air.

Do the people at NBC not live in the same America we do? Do they not see the damage done? If they would spend as much time focused on finding the BEST President for America as they do on just trying to sabotage, maybe they could earn a little dignity back…not the debate slot of course, nope, that ship has sailed …their loss.