The Taliban Had A Strange Question For Bowe Bergdahl About Obama

Bowe Bergdahl is the infamous soldier who deserted his American base, got captured by the Taliban and then President Obama risked five men’s lives to go in and save him. Sound like something Obama would do?

In a recent interview, though, Bergdahl revealed the very strange question[1] that the Taliban asked him while he a prisoner. 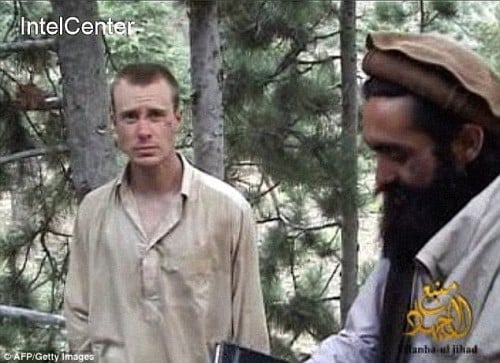 While imprisoned, Bergdahl said it was a “high honor” among the guards to watch over him. To pass the time, Bergdahl said the guards would make videos of him, staging fake interrogations consisting of ridiculous questions, while shaving his beard into amusing shapes.

One time, Bergdahl said the guards even asked him if President Barack Obama is “gay.”

“They ask you, ‘Is Obama gay and sleeps with men?’” he recalled.

Other questions Bergdahl received from his young guards included inquiries about how U.S. military members got their prostitutes, alcohol and drugs. He said they were also obsessed with American soft drinks — especially Mountain Dew.

“They love Mountain Dew,” he said. “If you want to piss people off in that country, all you do is cut off their sugar supply.”

Isn’t it strange that of all things, that’s the question they would ask an American soldier? This is probably because radical Islam finds gays deplorable and if they knew Obama was gay, they’d hate him a whole lot more.

Of course, liberals treat radical Islam like they’re jobless youth who just need help, but what they don’t understand is that these people are savages who stone women to death and throw gays off the top of buildings.