The #BlackLivesMatter movement will jump on anything to make their case that black Americans are unjustly killed by police officers every minute of the day.

For them, Sandra Bland was their newest example. Except, they totally lied about it.[1] 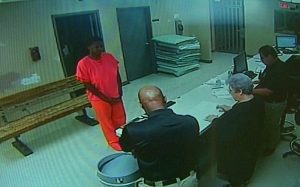 A Texas county claims Sandra Bland killed herself in jail because she was upset that her relatives wouldn’t bail her out.

Bland, a 28-year-old black woman from Chicago, was found dead in a jail cell in Waller County, Texas, three days after she was arrested for a traffic stop in July.

Her family has filed a lawsuit, which says Waller police subjected her to unwarranted brutality in custody.

But now, in a new court motion filed this week that fights to overturn the lawsuit, the county has outlined its position that Bland committed suicide.

Bland was pulled over by a white Texas state trooper and when the traffic stop became a confrontation, she was arrested for assault and jailed.

Unable to meet the $500 bond requirement, she was left in her cell and found dead three days later.

That’s the truth about Sandra Bland that #BlackLivesMatter is still refusing to talk about to this day.