A new group is out demanding that CAIR stop claiming[1] to speak for some kind of fraudulent ‘Muslim unity.’ 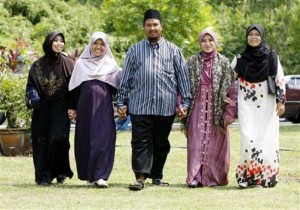 Within hours of a terror attack that left 14 dead in Southern California, the nation’s best-known Islamic advocacy group held a press conference with the killers’ family – and Muslims around the country cringed.

In the days following the Dec. 2 attack in San Bernardino, Council for American-Islamic Relations representatives partially blamed U.S. policy for terrorist attacks, accused gunman Syed Rizwan Farook’s co-workers of making fun of his beard and sought to downplay comments by Farook’s father linking him to ISIS. Like Muslims throughout the U.S., CAIR officials condemned the attack, but too often with what sounded to critics like subtle caveats.

“CAIR is a primary obstacle in the effort of many honest American Muslims who recognize our need to own up and lead long-overdue reforms against the root causes of radicalization: Islamism and its separatism,” said Dr. Zuhdi Jasser, an ex-U.S. Navy officer who founded and heads the American Islamic Forum for Democracy.

So can CAIR just shut up already? Doesn’t seem that anyone really cares what they think, including Muslims.