They Won’t Take No For An Answer: Fans Belt Out National Anthem at NCAA Baseball Regional After They’re Told It Won’t Be Played

You can’t go to a ball park and NOT sing The Star Spangled Banner… at least not in Louisiana[1], as NCAA officials found out at a softball playoff game Sunday. 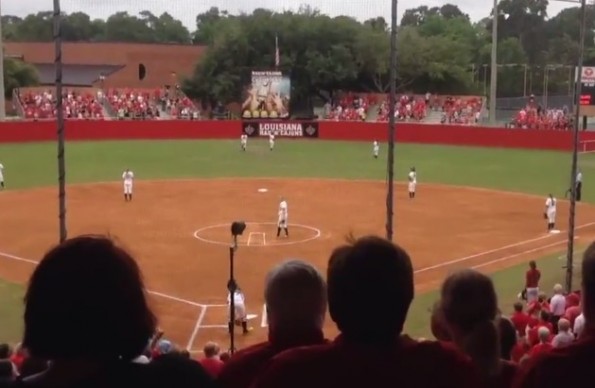 The hometown crowd was not having any of that though.

After some failed attempts to get the PA booth to play the anthem for a second time, the fans decided to take it into their own hands. This was the result.

After all, it *is* the all-American sport.