A North Carolina teacher read a book about two princes who fall in love with each other[1] – to his third-grade class – and is surprised that some parents are upset. 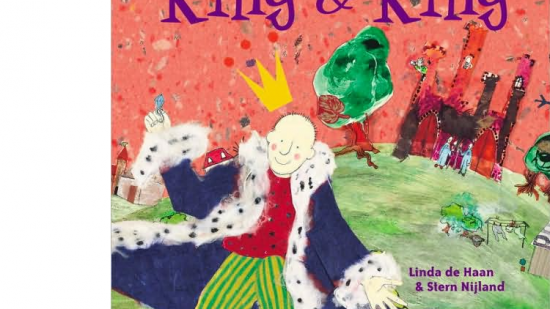 Omar Currie, a 25-year-old teacher at Efland-Cheeks Elementary School in Efland, N.C., was criticized by angry parents after he read Linda De Haan and Stern Nijland’s “King & King” to his students, the News & Observer reports. Currie decided to teach the book after “a boy in his class who acts ‘a little feminine’ was being called a girl and the word gay was used in a derogatory way.”

About 200 community members, both supporters and opponents of the book, attended a public forum at the elementary school last Friday night. While the book won the approval of a review committee last week, Currie said the school’s principal has “instituted new policies that require teachers to notify parents of all the books they plan to read in class.”

“Here in Orange County, [N.C.], I repeatedly heard from school officials that the book might have been appropriate to read in a more progressive area without parental consent,” Currie, who is gay, said during the forum, “but in Efland we need time.”

One grandparent, Lisa Baptist, said the book is inappropriate for young students. “I’ve been called a racist. I’ve been called a bigot, and I am none of those things,” she said. “This is nothing more than bringing homosexuality into a school where it does not belong.”

While the book having approval from the school board is one thing, parents need to be given an opportunity to comment, to object, and to pull their child out from school if objectionable material is being taught.