Evidence is coming to light that Trump was, in fact, right when he claimed that Muslims in America were celebrating[1] the 9/11 attacks as they took place. This video gives us some evidence to his claim..and their actions on that terrifying day are CHILLING! 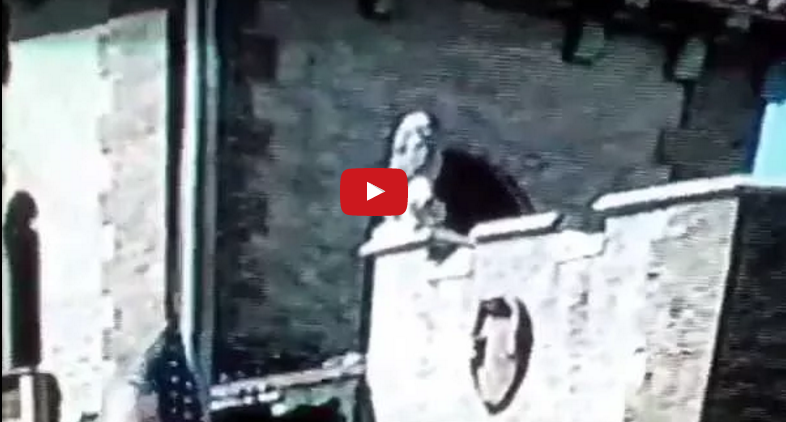 New Jersey Muslims were watching the fall of the World Trade Center on September 11, 2001, and gleefully celebrating the slaughter they witnessed, according to a 2001 CBS News video clip.

Coupled with other contemporary evidence from the New York Post and Washington Post, as well as the recollections of former New York City Mayor Rudy Giuliani and former New York City Police Commissioner Bernard Kerik, there can no longer be any doubt that Donald Trump was correct that Muslims in America were celebrating the 9/11 attacks, and that the news media at the time reported this fact.

The CBS News clip shows investigative journalist Pablo Guzman explaining the Jersey City, N.J., connection to the World Trade Center attacks. Police had been called to a Jersey City address that was “swarming with suspects” after witnesses reported there was “cheering on the roof” as the two planes slammed into the Twin Towers on that fateful September morning.

A model of the World Trade Center was found on the roof, Guzman reported in the 2001 video clip.

“They knew the planes were going to hit and wanted a ringside seat,” he reported, calling it “chilling” to know that as most Americans innocently went about their business that day, these men were waiting, then watching, then celebrating.

Guzman noted that the address to which police were called in 2001 was also a location of interest in 1993, when the first World Trade Center explosion that damaged the Trade Center’s parking garage took place. Islamic terrorists were arrested in that 1993 explosion.

Former New York City officials recall that there were areas in Brooklyn and Queens where celebrations of the attacks took place. Giuliani characterized the areas as “pockets of celebration.”

“There were tens of thousands of people around the world celebrating,” he said, “and some were in New York and New Jersey.”

“I remember specifically the news reports about Jersey City,” Bolling said. “They said people were on the roofs watching the planes fly in. They were tipped off prior to the thing, and this was a narrative that was going on. I remember video. I don’t remember if it was Pakistan or Paterson.”

Bolling said the significance is not the numbers celebrating, but that there was celebrating at all.

“Whether or not it was a thousand, thousand, a few hundred, a handful. Who cares, there were Muslims,” he said.