“I would not advocate that we put a Muslim in charge of this nation[1]. I absolutely would not agree with that.” This statement given by presidential candidate Ben Carson, has fueled upset within the Council of American-Islamic Relations. Now, they have announced what they plan to have him do about it….and you won’t BELIEVE THEIR NERVE! 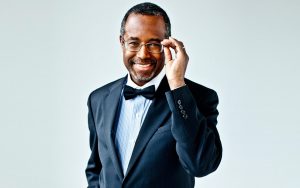 The Council on American-Islamic Relations, an unindicted co-conspirator in the 2004 Holy Land Foundation terror-funding case, announced on Sunday the group will be calling on Dr. Ben Carson to drop out of the race for the Republican Party presidential nomination over Carson’s statement he would not support having a Muslim as U.S. president.

Carson made his statement in an interview on NBC’s Meet the Press on Sunday morning, explaining he does not believe the values of Islam are consistent with the Constitution of the United States

CAIR made the announcement in a press release (excerpted below) sent out Sunday afternoon on PR Newswire.

“On Monday, September 21 (at 11 .am.), the Council on American-Islamic Relations (CAIR), the nation’s largest Muslim civil rights and advocacy organization, will hold a news conference at its Capitol Hill headquarters to call on Republican candidate Ben Carson to withdraw from the presidential race for saying today that Islam is “inconsistent” with the Constitution and that a Muslim should not be elected president.

…””Mr. Carson clearly does not understand or care about the Constitution, which clearly states that ‘no religious test shall ever be required as a qualification to any office,’” said CAIR National Executive Director Nihad Awad. “We call on our nation’s political leaders – across the political spectrum – to repudiate these unconstitutional and un-American statements and for Mr. Carson to withdraw from the presidential race.”

“He said this incident demonstrates why the Constitution is needed to protect Americans of all faiths.”

CAIR’s call for Carson to withdraw from the GOP presidential race may violate the group’s 501(c)(3) tax-exempt status which bars such entities from making statements in support of or in opposition to political candidates.

“Under the Internal Revenue Code, all section 501(c)(3) organizations are absolutely prohibited from directly or indirectly participating in, or intervening in, any political campaign on behalf of (or in opposition to) any candidate for elective public office…”

The link CAIR included at the bottom of its press release targeting Dr. Carson goes to www.cair.com. The donation page for www.cair.com states: “CAIR Foundation is a 501(c)(3) under federal tax guidelines. TAX ID: 77-0646756”

CAIR posted a video clip to YouTube of Carson’s remarks made on Meet the Press to host Chuck Todd on Sunday.

Is it really such a “SHOCKER” to CAIR that Sharia law is described as NOT being compatible with the Constitution of the United States? Honestly, which would a Muslim president support…the Constitution or Sharia law which directly opposes the Constitution on a number of vital issues such as freedom of speech and freedom of religion? That they have the audacity to be “offended” about this on American soil….is disgusting.