Soooooooo there’s THIS. The most unprofessional nurse from New York has been arrested for allegedly taking photos of an unconscious patient’s penis. You read that right, this is a story about a really really bore, really really dumb nurse. 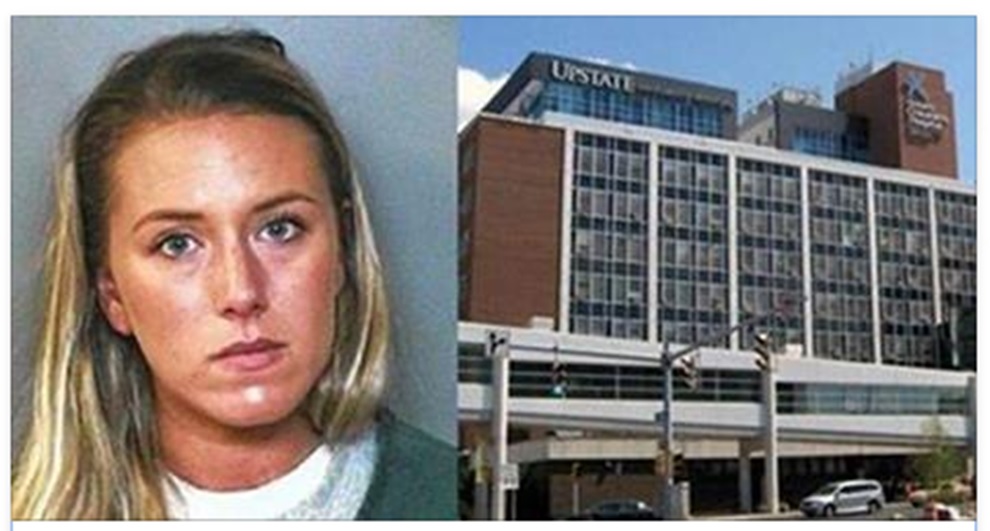 Nurse Kristen Johnson texted pictures of two passed out patients’ penises to co-workers. She was arrested and charged with what is called ‘unlawful surveillance’ and then for disseminating unlawful surveillance. I guess she should leave the penis picture taking and texting to Anthony Weiner.

Despite what certain people seem to think[2], it is a crime in the state of New York to view, broadcast or record images of another person’s intimate body parts, surreptitiously,” District Attorney Bill Fitzpatrick told WSTM.

The Upstate University Hospital public and media relations director issued the following statement on the controversy.

“Upstate University Hospital has been working closely with its University Police Department and the Onondaga County District Attorney’s Office on an investigation into inappropriate behavior of one of our nurses. Today the investigation has resulted in this individual’s arrest on several charges, including unlawful surveillance stemming from taking inappropriate photos with a cell phone of patients in 2014. This individual was suspended immediately when this matter was discovered.

Patients identified in the photos have been contacted by authorities. The privacy of our patients is a fundamental aspect of our care. It is at the core of our relationship with our patients and their loved ones. This individual case is not reflective of the more than 2,000 registered nurses and nursing staff who work around the clock every day at Upstate and are committed to the care and safety of their patients. As nurses, they deliver care to their patients every day with clinical expertise, respect and dignity in every patient interaction.”

Nurse Johnson voluntarily surrendered her license after the arrest. She was arrested after a long nine-month investigation by the District Attorney’s office. It’s really strange that a person who is suppose to take care and protect people could forget that they’re on the job and completely violate a person like that. It will make me think twice before being unconscious in the hospital.