This Psychotherapist Has a DISGUSTING Way of Treating Patients! Now She’s Facing JAILTIME for it!

A sociopathic cult leader and psychotherapist is now seeing the inside of a jail cell after she candidly admitted to repeatedly violating the trust put into her by sexually abusing clients to feed her own “sadistic desires.” The tale is unbelievable and quite sick.[1] 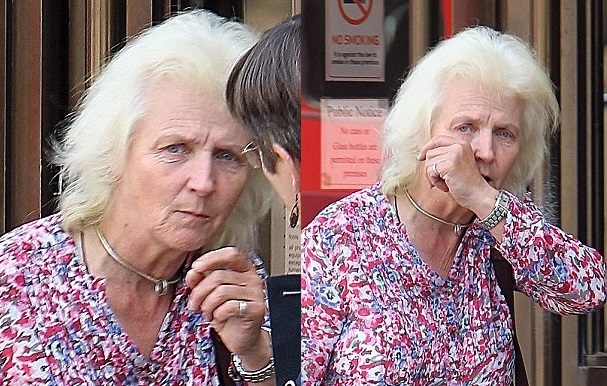 A Christian cult leader and psychotherapist who breastfed her clients by telling them to suckle ‘mummy’s milk’ has been jailed for a series of bizarre sexual assaults on women.

Vanessa Clark, 63, manipulated her clients into paying thousands of pounds for ‘skin to skin’ contact – including breastfeeding – which she claimed had been approved by a priest to heal depression.

The court heard Clark massaged one victim until she became aroused before telling her this was her ‘inner baby’ coming out.

Another vulnerable client, who began shaking as she spoke about her childhood, was asked by Clark: ‘Does baby want some milk?’

Clark has now been jailed for four years after ‘wholly abusing’ her position of trust as a psychotherapist.

The court heard how the former cult leader – who had been recommended to her victims by fellow Christians – admitted carrying out the abuse to feed her ‘sadistic desires’.

In a confession letter written to her female partner, Clark said: ‘I would breastfeed my clients and on one occasion took off my top and told her it was a special thing I would do only for her.

‘It was entirely deceptive and manipulative. I subjected her to my sadistic desires.’

Prosecutor Henry James told Oxford Crown Court that the ‘unusual and troubling’ offences took place between 1996 and 2001 because Clark wanted to wield ‘power’ over her victims.

Clark had been recommended to her two victims by fellow Christians and invited them back to a flat in London to perform her ‘therapy’.

One of the victims, who had been struggling to come to terms with abuse during her childhood, began having ‘intense and personal sessions’ with Clark, during which the abuse took place.

Mr James said: ‘The victim was required to regress back to her childhood. Her hands and legs became fidgety and she was told that this was her body “trying to get mother to lactate”.

‘Ms Clarke then asked her client, ‘does baby want some milk?’ She then guided her victim towards her breasts who took them into her mouth.’

On another occasion, the same victim was encouraged to revert her mind back to this childhood state again. Clark then took off her top and said: ‘Have some mummy milk.’

The court heard how the victim felt compelled to comply with the ‘sadistic’ demands.

A second victim, who came to Clark after suffering from depression, was encouraged to imagine Biblical imagery in the form of the story of Adam and Eve, the court was told.

Mr James said: ‘The victim began to develop an intense relationship with the defendant during their once a week sessions, which she welcomed.

‘The assaults began when Clark massaged the woman’s back and over her bra, before she undid the bra.

‘The woman became sexually aroused and Ms Clark reassured her this was her ‘inner baby’ coming out and “she needed this”.

Clark’s offending came to light when her partner contacted one of the victims. She said she had become frightened of Clark’s conversational references to rape, murder and torture.

Clark then wrote a letter to her partner admitting the abuse which was read out in court.

The letter read: ‘I was grooming them to get power over them. I set out to get under their skin so they would become fixated on me.

‘It was entirely deceptive and manipulative. I made them envision extremely violent visualisations of torture.

‘When [the victim] wanted to stop I insisted on going on. I gave no thought to her or her vulnerability. I exerted great will and domination over her.’

The court heard how clients were referred to Clark by the leader of a Christian cult, which she had once been the leader of herself. It was not known where the cult was based or how many people were involved.

The court heard that Clark charged clients thousands of pounds over time to carry out the twisted ‘skin to skin’ methods which she claimed had been approved by a priest who had long since died.

Adrian Amer, defending, said that the defendant had recognised she had committed the offences, despite her being diagnosed with an incurable personality disorder.

‘It is incredible that offences dating so far back have come into the light of day because of the actions of the defendant herself,’ Mr Amer said.

‘She does genuinely show remorse for the offences she has caused, and she tells me she has absolutely nothing to do with being the leader of this cult any more.

‘I would describe this a cathartic episode in her life. The effect of these offences will hang over her head like a Damacles sword, and will prevent her from doing anything like this ever again.’

She sat silently shaking her head as the court heard of her unorthodox and sadistic methods.

Sentencing her to four years in prison today, Judge Ian Pringle said: ‘You have for many years practised as a psychotherapist. It is clear from the letters I have read that for many people you have provided a valuable service.

‘However, in 1996 you encountered a lady who you began to have a sexual relationship with in the sense that during the course of sessions, for which she paid well, you began to breastfeed her.

‘You exposed your breasts and asked her if she wanted “mummy’s milk”.

‘These vulnerable victims of course went along with it. They deeply regret being manipulated by you in their vulnerable state.’

He added: ‘These offences were repetitive through the mid to late 90s. You then met another woman who you sexually aroused by putting your foot in her groin.

‘The really aggravating feature is that you were wholly abusing your position of trust as a psychotherapist.

‘I have read much about you, and a doctor has come to the conclusion that you suffer from a personality disorder. As a result you lack empathy and it makes you manipulative.’

Clark was jailed for four years and made subject to a Sexual Harm Prevention Order. She was also placed on the sex offenders’ register for the rest of her life.

There are many who are in favor of holistic and unconventional therapy for a treatment of mental health issues. However, it seems clear that this has been a long-running sick scam and thankfully, Clark will no longer be able to damage more people with her bizarre fetishes.