This Rape Quote by Bernie Sanders is Absolutely HORRIBLE

While the left pretends that Trump’s feud with Rose O’Donnell is emblematic of a “Republican War on Women,” these same pundits appear to have given 2016 Democrat presidential candidate Bernie Sanders a pass for claiming that women enjoy being raped.[1] 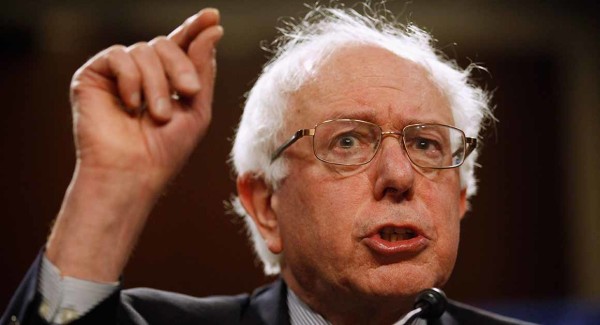 It’s not exactly what you’d expect from the far Left candidate whose campaign runs on the idea of equality for all Americans.

The 1972 article “Man — and Woman,” published in the Vermont Freeman, displays Sanders’ views on gender and sexuality at the time of its publishing.

“A man goes home and masturbates his typical fantasy,” wrote Sanders. “A woman on her knees, a woman tied up, a woman abused.”

When in comes to female fantasies, Bernie also knows all.

“A woman enjoys intercourse with her man — as she fantasizes being raped by three men simultaneously,” the essay reads.

His controversial views of male and female sexuality have little explanation, other than he was a part of a radical hippie movement back in his younger years.

The essay was written and published after Sanders launched his first bid for the Senate in 1972, the first of four losing campaigns for U.S. Senate and then governor. He was then elected mayor of Burlington in 1981.

When Sanders first ran for office the year “Man — and Woman” was published, he was anti-war, a proponent of guaranteeing a livable minimum wage, cracking down on big corporations and legalizing drugs.

Sanders’ comments are horrible and should be openly condemned. However, it seems that the media is too busy explaining-away Hillary’s corruption and blasting Trump for being brash.