Alzheimer’s research is moving frustratingly slow. The disease that robs people of their dignity and the memories is cruel and deadly. Though no cure has been discovered yet, researchers do believe they may have found a test to indicate if one has early signs of the dreaded disease[1]. It may be scary, but worth knowing. 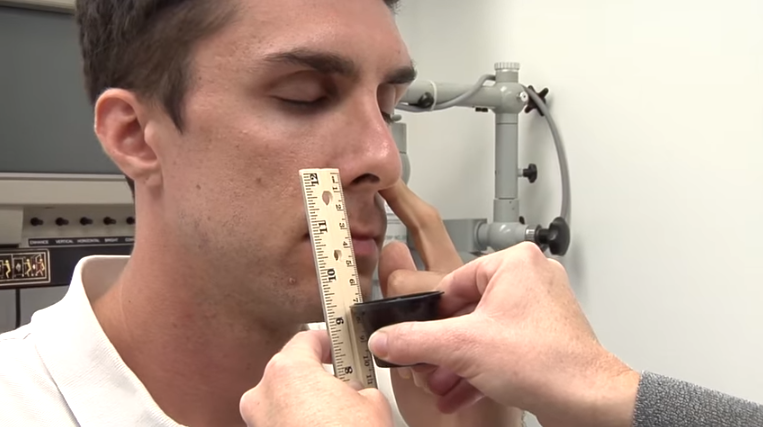 Alzheimer’s Disease is a cruel and terrifying ailment, so any breakthroughs on diagnosing and treating the disease are always welcome.

Jennifer Stamps, a graduate student at the University of Florida, has developed a simple and ingenious way to help detect Alzheimer’s early.

All you have to do is grab some peanut butter and a ruler.

This simple procedure tests for smell sensitivity. Smell is associated with the first cranial nerve and, thus, one of the first things to go with cognitive decline.

Just use the ruler to note at what distance you are able to smell the delicious peanut butter.

One of the lead researchers behind the study, Rosebud Roberts, is optimistic that the test will prove helpful to everyday people, plus provide a cheap testing method to physicians.

“The findings suggest that doing a smell test may help identify elderly, mentally normal people who are likely to progress to develop memory problems or, if they have these problems, to progress to Alzheimer’s or dementia.”

However, James Hendrix of the Alzheimer’s Association urges caution, stating that it is too early to use a smell test as a diagnostic tool for Alzheimer’s or dementia.

Alzheimer’s Disease is a tragedy. It is tragic for the patient and it is tragic for everyone who loves him or her. It robs dignity and self-reliance and ultimately, takes lives. It is heartbreaking to watch and grueling to endure and we should all pray for a cure.

In the meantime, understanding if you might be heading in the direction of Alzheimer’s can be a terrifying thing, but well-worth finding out.