THIS State DEFIES Obama, Says “Concealed Carriers” Are Our First Line Of Defense…So We’re REWARDING Them With THIS!

Arizona is giving Obama the middle finger…through their action plan to pass a new bill that would give a tax break to all those who get a “concealed carry permit”[1] …. how’s that for incentive to carry! I can feel Obama cringing already… 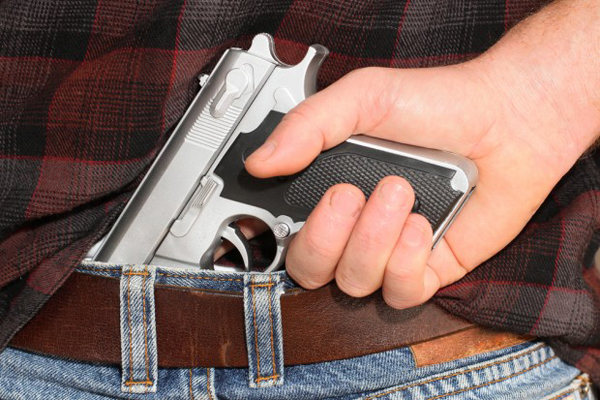 Republican House Majority Leader Steve Montenegro is pushing for House Bill 2494, legislation that would reimburse residents up to $80, the cost of getting a concealed carry permit.

“Law enforcement have told us time and again that the first line of defense are those that carry CCW permits,” Montenegro said. “In essence, what it does is it’s bringing a level of awareness that we want to make sure that we can say maybe the next generation of those that want to have or possess firearms, they understand that we as a state value making sure that people are educated in how to use weapons or how to carry weapons.”

“It is extremely disappointing to see the Legislature once again pandering to the gun lobby instead of focusing on the critical issues of Arizona,” Geraldine Hills, founder of Arizonans for Gun Safety, told Tucson News Now Wednesday. “A permit is not required to carry in this state. If you do want to take a class, people can get a Groupon deal for $40 per person.”

Well you can’t please everyone…but hey, Sheriffs are right, we are our first line of defense and if this incentive is going to create for vigilant concealed carriers for the “Bad Guys” to worry about…then let’s do this!