With all of the progress we’ve made with medicine, there are some medical issues that still just can’t be stopped. 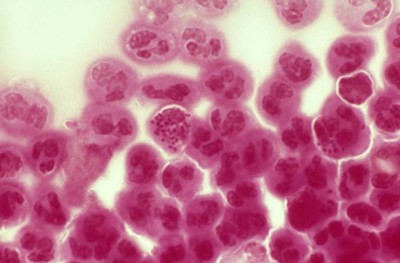 Dame Sally Davies has written to all GPs and pharmacies to ensure they are prescribing the correct drugs after the rise of a highly drug-resistant strain of the infection in Leeds, according to the BBC.

At least 16 cases were detected in northern England this year, including 12 in Leeds where the mutated strand was first recorded, Public Health England (PHE) said in September.

The strain, which is resistant to first-line antibiotic azithromycin, was first reported in Leeds in March but spread, with cases reported in patients from Macclesfield, Oldham and Scunthorpe.

In her letter, the BBC reported that the chief medical officer said: ‘Gonorrhoea is at risk of becoming an untreatable disease due to the continuing emergence of antimicrobial resistance.’

This is all the more reason to either get tested regularly, practice safe sex or just don’t have sex at all. And honestly, the abstinence option is always the best, especially when you don’t particularly know the other person.

Monogamy is really the new black these days with all the STD’s going around.