Chalise Zeitner, 29, was arrested in Georgia and might be extradited to Arizona on felony charges stemming from her an abortion she had five years ago. But her crime – of lying about having cancer to have a late-term abortion – is nothing compared to the horrific way[1] her baby was killed. 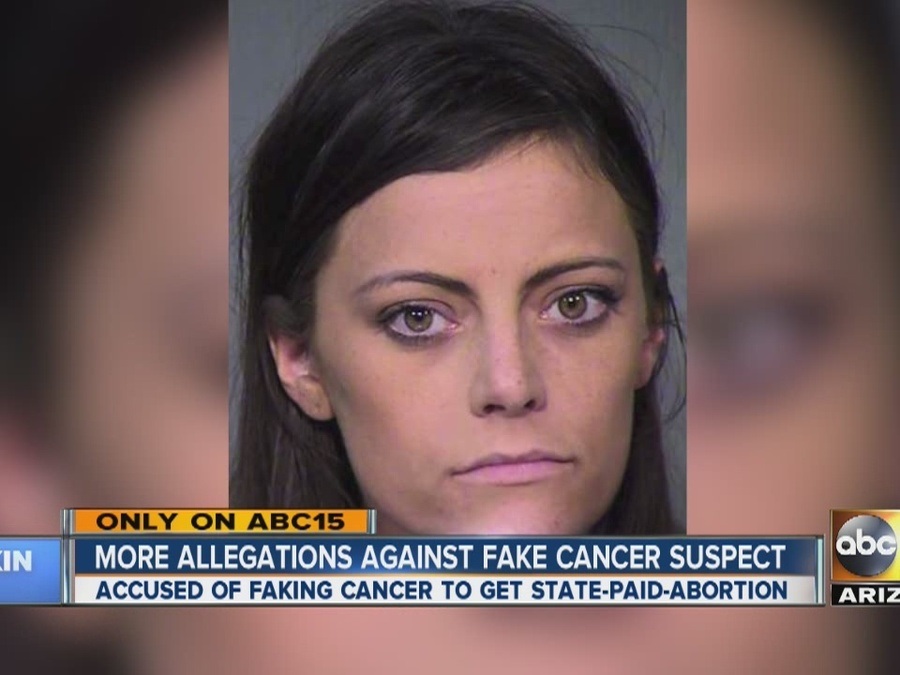 Back in 2010, Zeitner gave false evidence that she had cancer so that she could have an emergency late-term abortion – and it was paid for by AHCCS, the state’s version of Medicaid.

Zeitner – who is also alleged to have claimed she was a military veteran and executed other fraudulent schemes – now faces felony charges of forgery, fraud, and theft.

As for her abortion, ABC15 in Phoenix reports:

The 22 1/2-week-old infant was allowed to die, even though federal law protects babies who survive unsuccessful abortions.

Will the medical professionals have charges pressed against them for murder? How can they sit there and watch a human being die? Unforgivable.